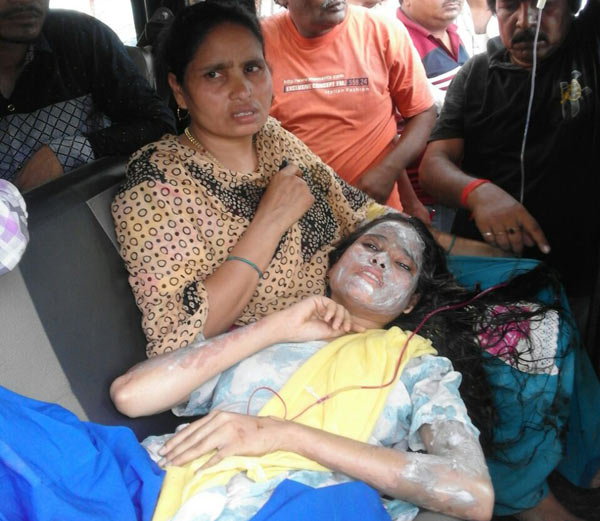 PATNA: A youth in Bihar threw acid on a teenaged girl after she protested molestation bids by the accused.

Police said the victim Salma Khatoon, a class nine student, was going for coaching yesterday when the youth from the same locality caught her hand and tried to molest.

She strongly protested it and also slapped the youth in full public view.

Subsequently, she narrated the incident to her parents who reached the accused home and served a strong warning.

Today when the girl’s family members were away, the accused entered into her home and threw acid on her face as she sustained severe burn injuries on various parts of her body.

The victim has been admitted to a local hospital for treatment

Police said they were conducting raids to nab the fleeing accused.

Jailed RJD politician Shahabuddin to be shifted to AIIMS for treatment