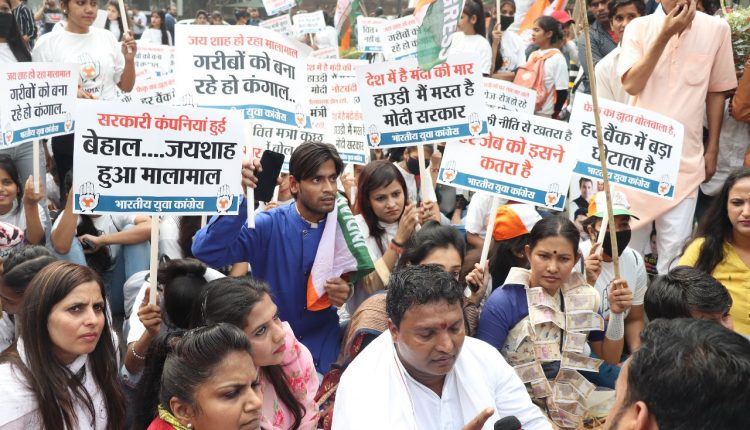 NEW DELHI: Indian Youth Congress activists and leaders on Friday staged an angry protest outside the RBI Headquarters to mark the 3rd anniversary of Demonetisation imposed by the Narendra Modi government.

Shouting slogans and carrying placards in their hands, the protesters blamed the ruling NDA government for “ruining and wrecking” the Indian economy.

“Demonetisation led to disruptions in the economic and industrial activity of the Country. The lower domestic GDP growth in the past two years is largely on account of demonetisation which caused huge job losses and slowed down Indian economy,” alleged IYC President Srinivas BV who led the protest march.

Also Read: Hindus leave aside prayers to save cow of Muslim villager after it falls into well

He stated that the families of over 100 people who died because of demonetisation are still awaiting justice, but the present government has not taken note of their problems. “It is a black day in the history of India’s democracy and economy,” he added.

The IYC activists further asked the PM to apologise to the nation and all those who lost their life.

Also Read: When parrots were produced, questioned in Indian court