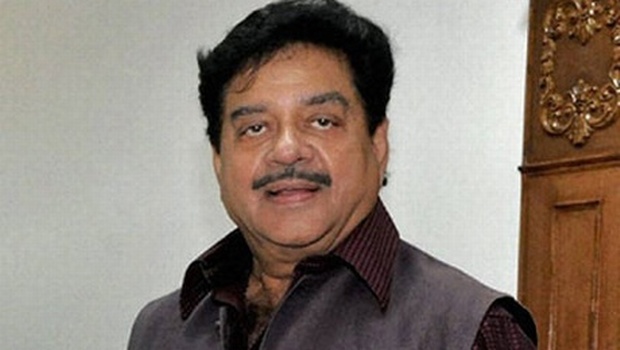 Shatrughan Sinha in his tweet said: “Mr Yashwant Sinha is a true statesman & a tried & tested man of wisdom, who has proven himself as one of the best & most successful Finance Ministers of the country. He has shown the mirror on the economic condition of India and has hit the nail right on the head…”

“Mr Sinha’s utterances are always very well thought through & must always be taken seriously.  It would be childish to be dismissive of or to make light of his recent observations. Our elder brother must be appreciated and applauded for coming out with this,” the former actor tweeted.

He said that both Yashwant Sinha and Arun Shourie are extremely learned and experienced intellectuals.

“Neither has any expectation or interest in being given a post (or Mininstership), especially with the next elections less than 2 years away,” he said.

Shatrughan Sinha said that the article has been written in party’s as well as in national interest.

“I am of the firm opinion that everything that has been written by Mr Sinha is entirely in the party’s and National interest. Only recently our Prime Minister Narendra Modi has reiterated that the Nation is bigger than the Party….National interest comes first…,” said he.

Addressing those critising Yashwant Snha, Shatrughan wrote: “For those who are trying hard to sidetrack the issues raised by Yashwant Sinha..I want to say that you can have a difference of opinion a democracy allows you to have one. But you should be able to rebut someone’s views point by point, with strong & pointed arguments and not take recourse to evasive & general statements. …Sadly, I am yet to hear even one point by point rebuttal.”

This comes after Yashwant Sinha, in his article, said: “I shall be failing in my national duty if I did not speak up even now against the mess the finance minister has made of the economy.”

“I am also convinced that what I am going to say reflects the sentiments of a large number of people in the BJP and elsewhere who are not speaking up out of fear,” he added.

The veteran leader has accused Jaitley of instilling fear in the minds of Indians.

“We protested against raid raj when we were in opposition. Today it has become the order of the day. Post demonetisation, the income tax department has been charged with the responsibility of investigating lakhs of cases involving the fate of millions of people. The Enforcement Directorate and the CBI also have their plates full. Instilling fear in the minds of the people is the name of the new game,” Sinha said in the article.

Sinha, who was the finance minister in Vajpayee government, even did not spare Prime Minister Narendra Modi as he said the bluffs fail in front of reality.

“The prime minister claims that he has seen poverty from close quarters. His finance minister is working over-time to make sure that all Indians also see it from equally close quarters,” he said.