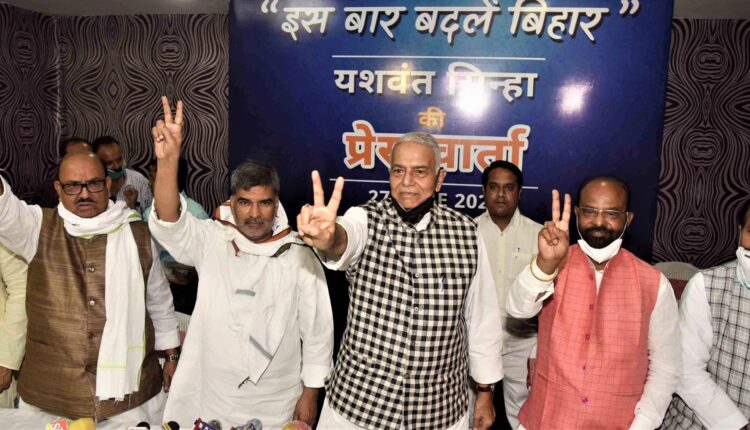 PATNA—Former BJP leader Yashwant Sinha on Saturday announced to provide an alternative to the people of Bihar who are fed up with the present NDA regime or the Grand Alliance leadership.

The next assembly elections in Bihar scheduled in October/November.

Sinha who was gradually pushed into the political oblivion by the party today announced to form a Third Front with the help of leaders who have lost their political relevance and are widely considered a spent force.

“The Third Front will take part in the next assembly elections and will try to transform the face of Bihar if given the chance,” Sinha told a media conference in Patna on Saturday.

“Our concern is ‘Behtar Bihar, Badlo Bihar,” Sinha said adding the present condition of the state is underlined from the fact that more than four million people still have to move out of the state in search of livelihood even seven decades after independence.