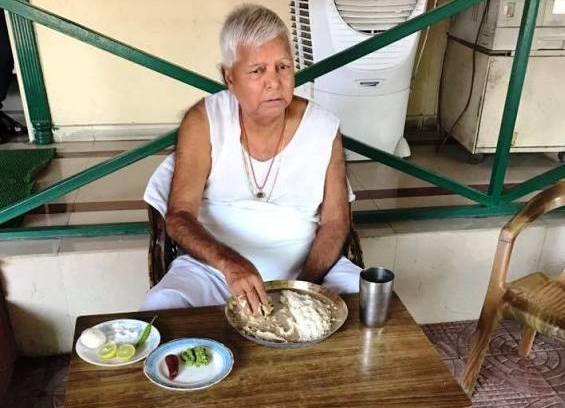 PATNA: Facing the worst phase of his political career, RJD president Lalu Prasad has quit non-vegetarian foods as his last resort to bring happiness in the family.

Reports quoting local media said Prasad was told by an astrologer to abandon such foods and turn a veggie in the interest of his family.

“Prasad has not eaten non-vegetarian dishes in the past one fortnight and is eating only vegetarian foods on the advice of astrologer Shankar Charan Tripathi,” a party leader claimed.

Tripathi was recently appointed as RJD spokesperson by Prasad.

Right now, almost the entire family of Prasad is caught in legal troubles with multiple corruption charges filed against them.

While he himself has been making rounds of the court in the fodder scam, his wife Rabri Devi and son Tejashwi Yadav are accused in land-for-hotel scam.

His daughter Misa Bharti and son-in-law, on the other hand, have been made accused in money-laundering case. Prasad’s other daughters too are facing corruption charges.

Sadly, non-vegetarian foods have been the first favourites of Prasad who also loved to personally cook them. He especially loved to relish fishes caught from local rivers.