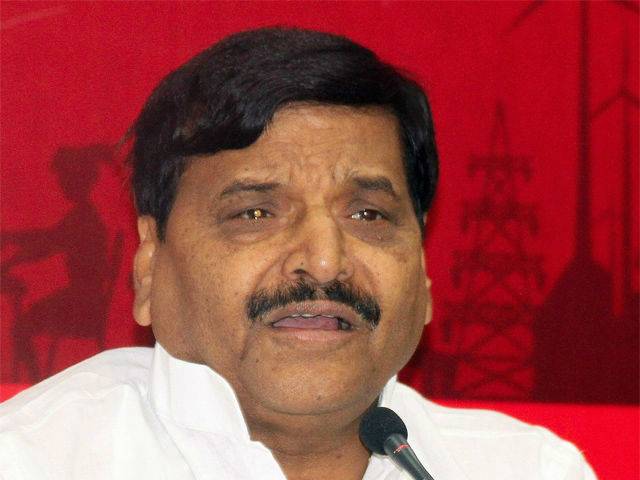 Lucknow: Samajwadi Party leader Shivpal Yadav on Thursday said that he will not challenge Uttar Pradesh Chief Minister Akhilesh Yadav’s decision to strip him of key ministerial portfolios since this is the CM’s “prerogative.”

“Allocation of portfolios is a chief minister’s prerogative, won’t challenge his decision,” media reports quoted Shivpal as saying at a Press briefing.

He said, “Everybody in the party cannot have the same ideology.”

To a question as to whether Akhilesh Yadav will be the party’s CM face for the upcoming Assembly elections, Shivpal said he will abide by whatever party chief Mulayam Singh Yadav decides.

On Tuesday, Chief Minister Akhilesh Yadav stripped Shivpal, his uncle, of important ministerial portfolios, hours after Mulayam replaced Akhilesh with Shivpal as the party’s UP chief.

The development is being seen as a feud within the Yadav family that threatens the party before the elections.

Earlier, in the day, Samajwadi Party leader and Mulayam Singh’s another brother Ramgopa Yadav said the party leadership made a ‘mistake’ by removing Akhilesh Yadav as  UP President, and the differences that cropped up were the result of some “misunderstanding.”

He also scoffed at rumours that Mulayam has called a meet of the party’s parliamentary board.

‘Why this brouhaha over his release? Shahabuddin has got justice from the court’