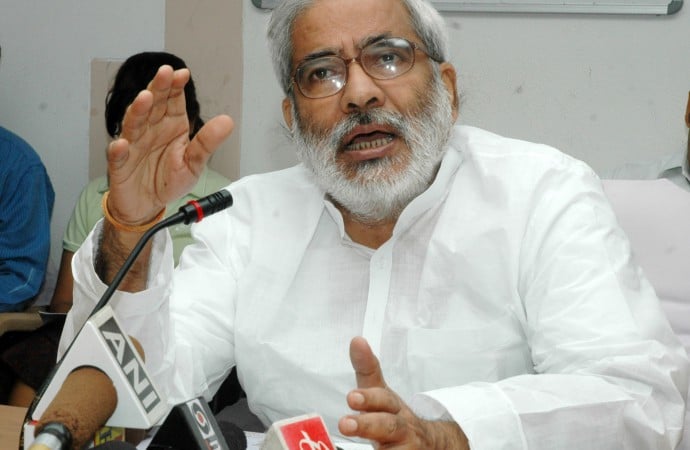 PATNA: The Rashtriya Janata Dal (RJD) headed by Lalu Prasad has accused chief minister Nitish Kumar of slowly inching closer to the BJP saying it will not be a surprise if he ultimately joins the saffron party.

“Nitish Kumar has already formed his government with the support of the BJP and it will not be a surprise if he shakes hands  with the BJP again,” RJD vice-president Raghuvansh Prasad Singh told the media on Wednesday.

“Nitish Kumar has taken entirely a different stand from the JD-U over the issue of currency ban. While his party is protesting, Nitish is supporting the BJP. What does this indicate?” Singh was quoted as saying in a local Hindi news paper.

Singh who is known for airing his independent views in public said none could stop him from speaking the truth.

Kumar had been with the BJP for 17 years until he broke his party alliance with the saffron party just head of the Lok Sabha 2014 polls.

The JD-U was badly routed in the elections, winning barely two seats out of 40 it had contested.