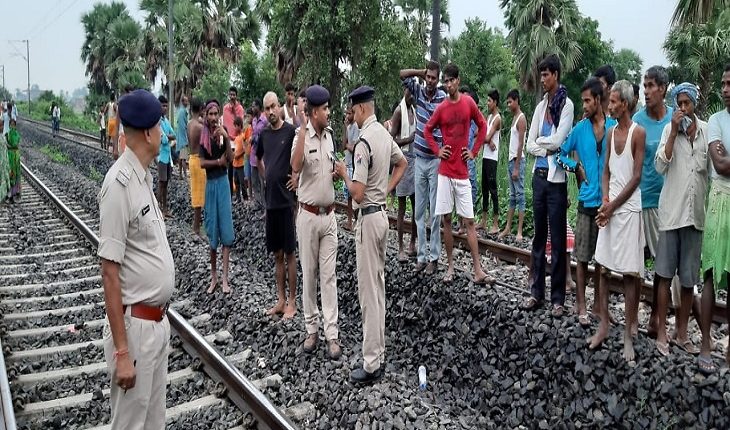 PATNA: A woman in Bihar committed suicide with three of her children by jumping before a running train late Saturday night.

Reports quoting local media said the woman along with her four children jumped before the running train in Jehanabad district.

While four died on the spot, the condition of one child is stated to be very critical. The critically wounded victim, a girl, has been admitted to a local hospital.

The police recovered the bodies of the woman and her three children on Sunday from the railway track after the local villagers informed them about the incident.

The reason behind suicide is not known.