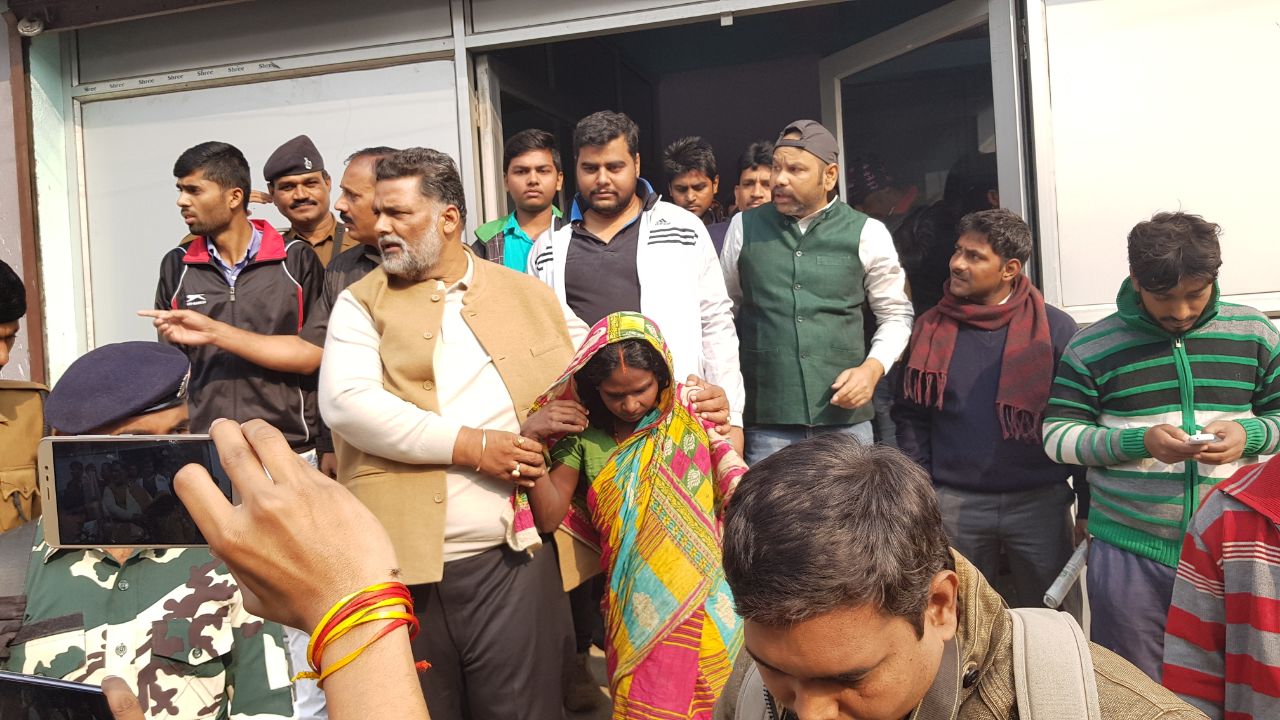 PATNA: A poor woman who allegedly had been held hostage by a private hospital in Patna for failing to pay medical bills was today rescued by Madhepura MP Pappu Yadav.

Once the local media reported the news, Yadav rushed to the Maa Shitala Emergency Hospital located in Agamkuan police station of Patna today and rescued the woman Lalita Devi.

Although the woman was admitted there 13 days back over pregnancy problems, the hospital had not been releasing her for the past three days as she had no money to pay Rs 70,000—the cost of her treatment!

Yadav also arranged an ambulance to rush the poor woman home in Madhepura district which is also the home Lok Sabha constituency of Yadav.

As per media reports, pregnant the woman, a resident of Hanuman Nagar under Mdhepura Sadar block, was admitted to the local Sadar hospital about a fortnight back after she complained of pain in her abdomen.

During her treatment at the Patna hospital, she recovered but the doctors handed her a huge bills which she was unable to pay. Eventually Yadav came to her rescue.

‘Jungle Raj’ back? Three members of a Dalit family hacked to death in Bihar’s Bhagalpur