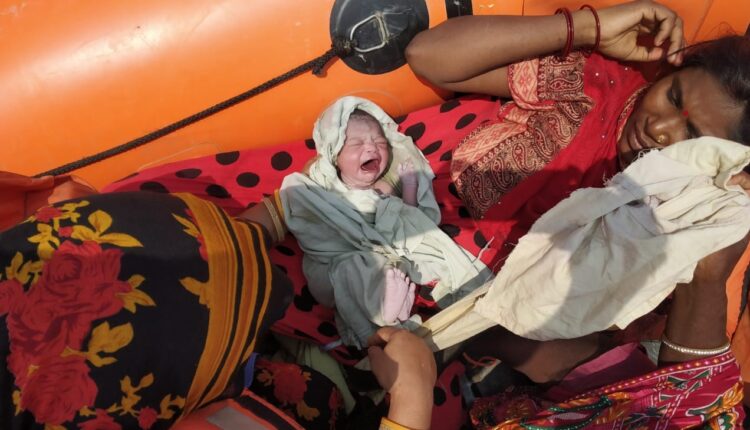 PATNA—A 25-year-old woman in Bihar gave birth to a baby girl on a rescue boat while being rescued by the NDRF team from the flooded home.

Reports said the an NDRF rescue team was attending a drowning incident in East Champaran district when it was informed about a pregnant woman caught in her flooded home.

As the woman Reema Devi, wife of Munnilal Mahto, was being rescued, she developed labour pain on the boat and gave birth to baby with the health of health workers accompanying the rescue team. This is the 10th childbirth on the rescue boat.

“The mother and the newborn girl have been shifted to a public health facility in Banjariya village of Motihari district by an ambulance and they are safe,” a NDRF commandant Vijay Sinha said on Sunday.

A total of 21 NDRF teams are deployed in a dozen districts of Bihar for conducting flood rescue and relief work.