Will Tejashwi go? Nitish party hardens posture over his continuation 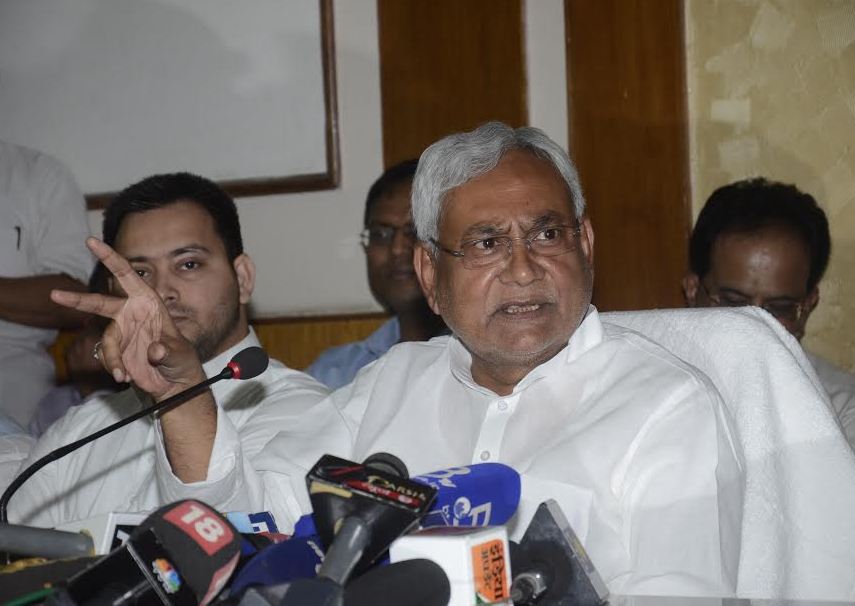 PATNA: Will Bihar deputy chief minister Tejashwi Yadav have to go for the corruption charges against him?

In what appears to be a tough time for Tejashwi, the JD-U legislators today indicated the government will not back his continuation.

“Nitish Kumar has never compromised with his image. History is testimony to the fact that he has pursued the politics of principles and values, ” senior minister Jai Kumar Singh told the media today ahead of party’s crucial meeting.

” Nitish Kumar can’t compromise with his image. This is his only capital, ” said Jha.

However, the RJD has announced Tejashwi will not resign saying he was made an accused as part of a political conspiracy.

The RJD took the decision at a meeting of the RJD legislature party held on Monday at the residence of party chief Lalu Prasad.

Tejashwi has been made an accused in land-for-hotel scandal which allegedly took place during the tenure of his father as railway minister.

Nitish tantrums: Angry Lalu not to ‘buckle’ under pressure, in touch with Congress