‘Will move court,’ warns Chirag amid reports of Paras getting invite to join Union Cabinet 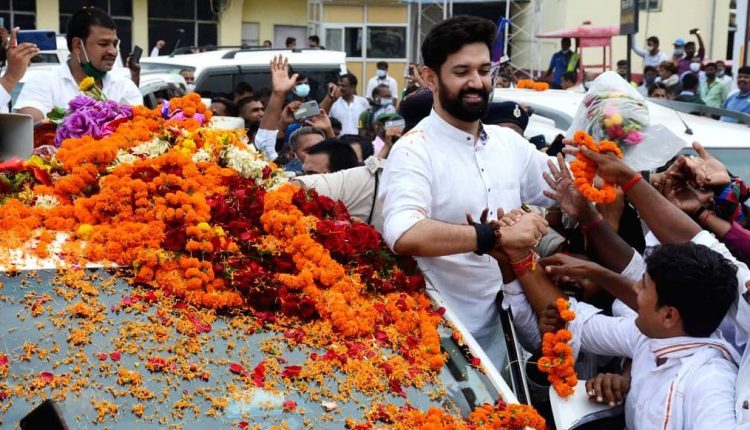 PATNA—Lok Jnashakti Party (LJP) parliamentarian Chirag Paswan on Tuesday threatened to move the court if his uncle Pashupati Kumar Paras gets a berth in Narendra Modi cabinet from the LJP quota.

“Will move the court if Paras was made a minister from the LJP quota since he has been expelled from the party,” Chirag told a media conference here on Tuesday.

“But I don’t think Narendra Modiji will do that,” he hoped

He said he would have no objections if Paras was given a place in Union cabinet as an independent or from other party.

As per media reports, Paras has got an invite to join the Union cabinet and he has already left for New Delhi as per the instructions.

“I am the legitimate president of the LJP and the matter is before the Election Commission as well as the Lok Sabha Speaker,” he said.

A common practice, he said, is that the party president is consulted if anyone from the party has to be included in the cabinet but he had not been consulted yet.

He also alleged how his uncle had sat in the lap of Bihar chief minister Nitish Kumar who insulted his father and didn’t have the basic courtesy to pay him tributes on his birth anniversary.

Chirag, son of Dalit leader late Ram Vilas Paswan, was removed as the LJP chief as well as party leader in the Lok Sabha in a sudden coup staged last month by his uncle and party MP Paras.

Paswan’s death has led to factional fight within his party with both his son Chirag Paswan and his brother Pashupati Kumar Paras claiming to be representing the LJP.

Man climbs atop electric pole after not being served fish for dinner, jailed