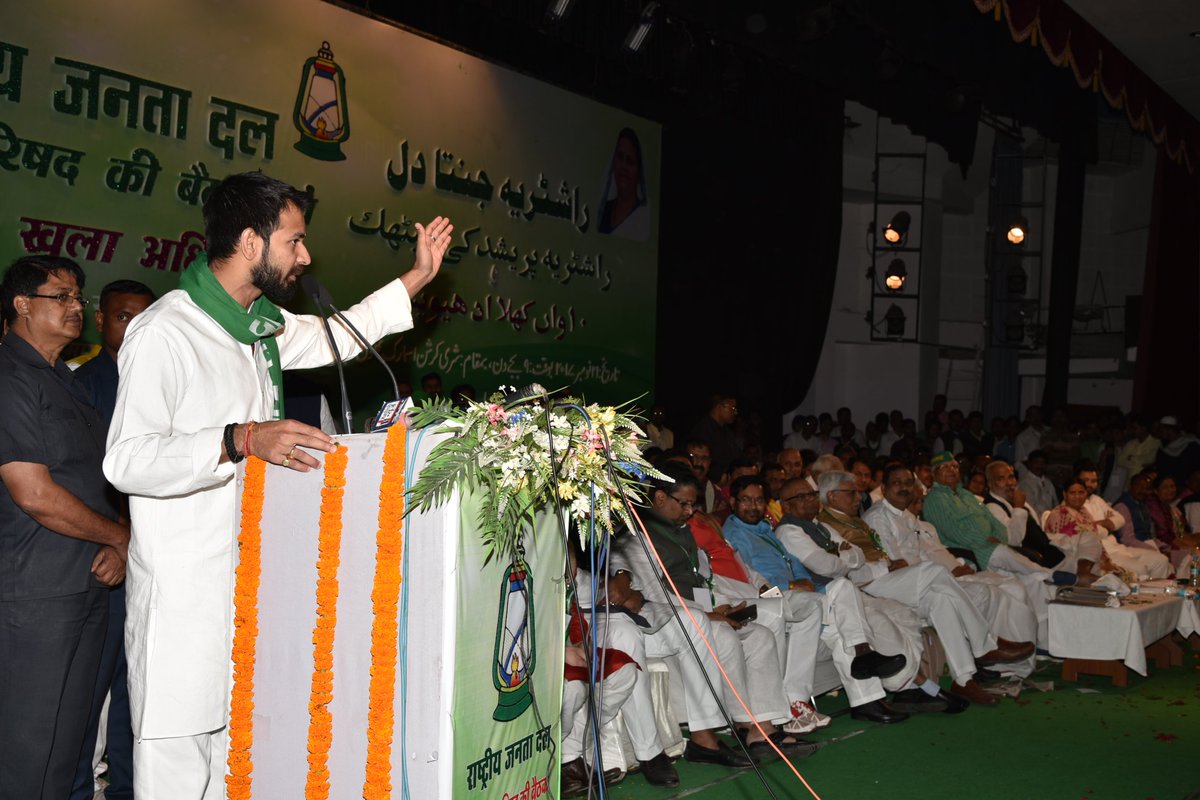 The centre has withdrawn Z plus security to the RJD president and replaced it with ‘Z’ Security which apparently irked Tej Pratap.

He alleged a conspiracy had been hatched to kill his father but they would give a befitting reply.

“Narendra Modiji ka khaal udhedwa denge (I will get PM Modi skinned if anything happened to my father),” Tej Pratap said while talking to the media in the Bihar assembly premises on Monday.

His father defended the “anger” of his son but said he wouldn’t approve of the words used against the PM.

“Any son’s blood will boil if he feels his father is under threat and his security is withdrawn,” he said.

This was the second time in a week that Tej Pratap used this language against his political rivals.