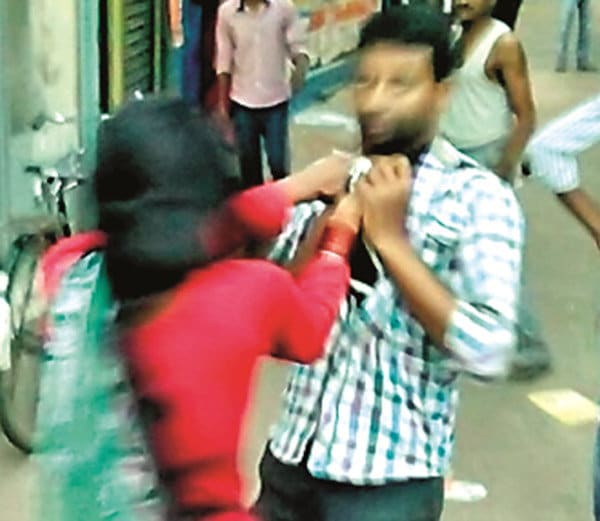 PATNA: A high drama was witnessed on the streets of Bihar when a woman publicly thrashed her husband soon after he said “triple talaq” in a fit of anger.

Irked at the man giving divorce on the streets, the woman named Salma caught her husband by collar and thrashed him mercilessly.

The indent took place in Bhagalpur town on Thursday evening.

It all happened when the woman caught the man with another girl and questioned his motive.

This left her husband irritated. In a fit of rage, he hurled abuses on her and also said ‘triple talaq’ as the woman beat him up publicly.  Somehow, the man managed to escape to save his life.

Last month, the Narendra Modi government had filed an affidavit in the Supreme Court saying the practice of ‘triple talaq’ by Muslims has no place in a secular country like India.

Despite progress, hundreds of children still die of measles every day: UN-backed report