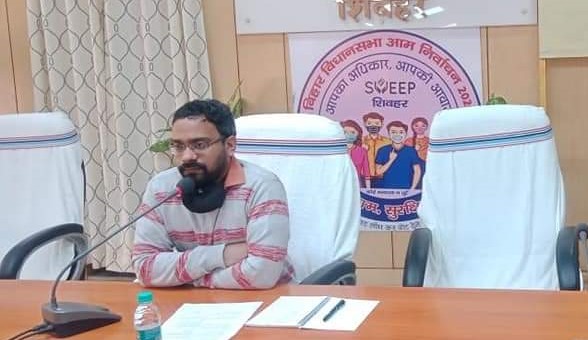 PATNA—A senior Indian Administrative Service (IAS) officer in Bihar has alleged he got his hand fractured after being assaulted by his estranged wife.

The said officer Sajjan Rajshekhar is currently posted as the District Magistrate in Sheohar.

The DM made this sensational revelation in the local media after his wife registered a case of dowry and domestic violence against her husband with the Town police station in Muzaffarpur where she currently stays alone.

“He (the DM) has been regularly threatening me with dire consequences and may harm my two kids aged two years and 10 months,” the woman alleged in her written complaint with the police, according to media reports.

According to the complainant, her husband has forcibly kept her both children with himself while according to Hindu Minority and Guardianship Act, 1956, the children below five years should be handed over to their mother for their better upkeep.

She further alleged her IAS husband had been misusing his position and also charged him with badly assaulting her.

Further, she has demanded maintenance allowance from her husband and has planned to file a writ petition in the Patna High Court.

The district magistrate has denied all these allegations made by his wife and instead accused his wife of fracturing his hand with severe beating.

“I got one of my hands fractured in March this year after being badly assaulted by my wife. She is doing all these at the instance of her mother,” the DM told the local media.

He said he didn’t demand a single penny from his wife as dowry and asked her to stay with him but she perhaps wants to live alone.

The couple, both hailing from Chennai in Tamil Nadu, entered into wedlock some four years back but something went wrong later between them. Now, they appear to be slowly heading for split as the continuing developments indicate.

His wife was employed as an engineer with Infosys prior to her marriage but after marriage, she quit the job.

No vaccination, no permission to contest village council polls in Bihar, govt rules