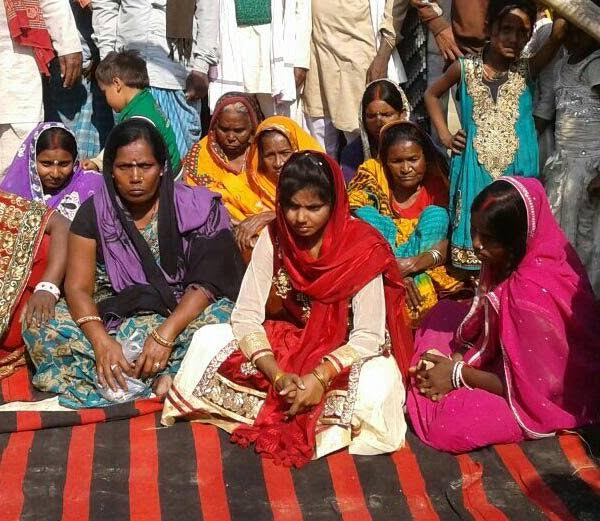 A girl from Bihar proved it right when she forced a boy to marry her through her sheer girt and dedication 19 days after he fled his home, rejecting marriage at the last moment.

The boy had gone missing from his house after initially promising to marry her but she instead sat on dharna in front of his house until he gave in and agreed to accept her as his wife.

As per reports, the girl identified as Geeta Kumari, daughter of Lalbahadur Sahani, was having love affairs with a local youth named as Deepak Chaudhary for long and both wanted to live together.

Eventually, their parents too relented and agreed for their marriage. Subsequently, their marriage date was finalized but in a new twist, the groom refused to marry her just when the wedding cards had already been distributed and all the guests had well started coming to participate in the marriage.

She sat there for two consecutive days after which the local villagers forced the groom to come and marry her.

Under pressures from the villagers, the groom eventually returned to his village and led a marriage procession to the house of the girl on Tuesday as the overall tussle came to happy end.

Image Caption: The bride with her family members sitting on dharana in front of the house of the missing prospective groom

The Brighter Side: Demonetisation prompts dowry-less marriage in Bihar