‘Where is rule of law? When a ruling MLA family is not safe in Bihar, how can be the common men?’ 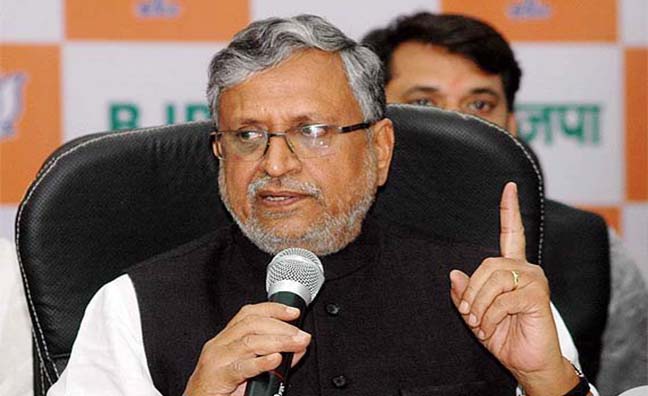 PATNA: The opposition today launched a blistering attack on the Nitish Kumar government in Bihar after a ruling party legislator’s sister died of grievous injuries, resisting the alleged molesters.

“Where is the rule of law? When an MLA family is not safe in the state, how can be the common men?” asked senior BJP leader Sushil Kumar Modi who served as the deputy chief minister in the previous NDA government.

Attacking ruling regime for failing to check crime, he said the situation had turned grave as police had been engaged in additional duties.

“The overall situation has turned serious as the Bihar police have assigned the additional duty of implementing total prohibition even as law and order situation remains a matter of prime concern in the state,” he said.

Another senior BJP leader and former opposition leader Nand Kishore Yadav said there was no law and order worth its name in the state as now even the ruling party family was being targeted by criminals.

The opposition stepped up the attack on the government shortly after a ruling party legislator’s sister died of serious injuries, fighting the alleged molesters.

The victim Shail Devi, sister of RJD legislator from Barhaha (Bhojpur district) Saroj Yadav, had been admitted to the intensive care unit of the Patna Medical College and Hospital (PMCH) after sustaining grievous injuries in her brain on Monday but she could not survive. She died on Tuesday afternoon.

Reports said the victim was going to Chandi market near Ara town to get some medicines on a shared auto-rickshaw on Saturday when some youths also boarded it.

Reports said the accused persons tuned more violent when she revealed her identity and said she was the sister of local legislator Saroj Yadav.

In a fit of rage, the accused assaulted her badly with iron rods and then threw her out of the auto-rickshaw before fleeing the scene, victim’s MLA brother said

She lay unconscious on the road, lying in a pool of blood when some local villagers spotted her and rushed her to a local hospital. As her condition deteriorated further, she was finally refereed to the PMCH where she succumbed to her injuries yesterday.

Angry crowd led by the lawmaker later blocked the Ara-Patna road and protested on the streets, blocking traffic for hours together.

“When the sister of MLA is not safe, how will the common men feel themselves safe?” asked the legislator, threatening to immolate himself if the accused are not arrested soon.

“Initially, I thought it was an accident but later I came to know she was molested and hit with iron rods as she died finally,” the legislator said, questioning the role of the local police.

“I have complete faith in the state government but my sister lost her life due to the irresponsible act of the state police,” he said. Meanwhile, two of the five accused persons have surrendered in the local court.

Bihar lawmaker’s sister thrown out of auto-rickshaw; dies resisting molesters on the street