When cops got tired of counting huge cash recovered from corrupt Bihar engineer! 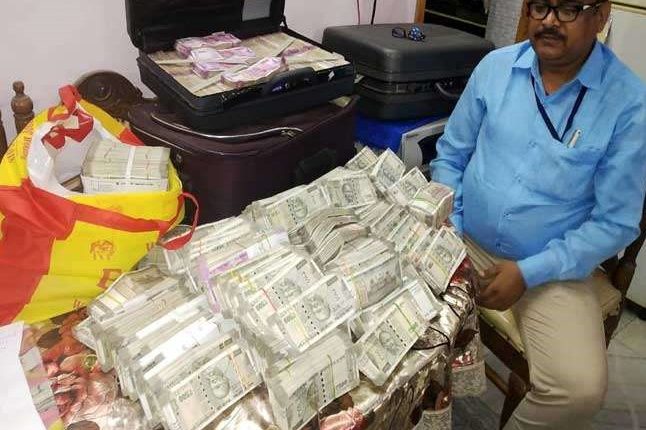 PATNA: Vigilance authorities in Bihar literally got tired of counting huge currency notes which was recovered from a road constriction department’s executive engineer during a raid in Bihar.

The said engineer Suresh Prasad Singh was arrested from Patel Nagar of Patna on Sunday while receiving a bribe of Rs 14 lakh (Rs1.4 million) in cash from a contractor in lieu of awarding a road construction contract.

The vigilance authorities had just no idea that the house of the arrested corrupt engineer will be like a “cash godown”.

Officials said he loved to sleep on the bed of hard currency notes as bundles of such notes were recovered from under his bed during the extensive raids that last for over 15 hours.

The recovered amount of cash was so huge that the vigilance staffs got literally tired of counting the pink and yellow-coloured currency notes.

Ultimately, they got a bank branch opened to arrange for a currency counting machine to count the cash. As such, all the banks were closed for being the second Saturday yesterday.

The bank branch again had to get opened in the evening to deposit the recovered cash totaling Rs2.36 crore (Rs23.6 million) since it was much beyond the capacity of vigilance bureau’s locker to keep the seized cash.

Authorities said this was the highest-ever recovery of cash from the any corrupt officials in Bihar so far during the raid.

During the raid, the authorities also stumbled upon several land plots of the engineer in Patna and Noida, huge investment through 26 LIC policies and also investment in foreign banks.