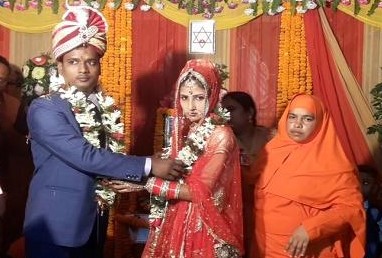 PATNA: Normally, it’s the grooms who leads the wedding processions to the house of the bride but it was just the reverse in Bihar.

The bizarre wedding took place at Bardiha-Turki village which falls under Patepur block of Vaishali district on Friday.

Reports said the wedding of Chandra Shekhar Deo had been fixed with Divya Kumari, a resident of Katihar.

Much to the amusement of local villagers, the bride reached the house of the groom on Friday while leading a wedding procession.

Witnesses said the bride and the guests accompanying her were accorded a warm reception by the groom family. Later, the wedding was solemnized in a happy atmosphere amid the presence of villagers.

The dowry-less wedding has now become a talk of the town.