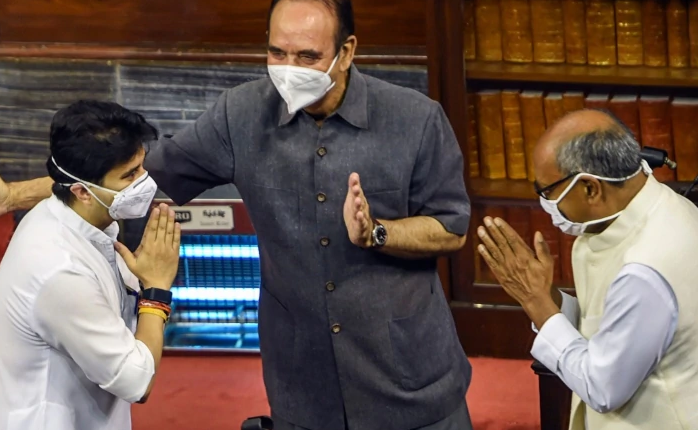 Scindia who was among 45 newly-elected members to the Rajya Sabha was seen greeting senior Congress leaders Digvijay Singh and Ghulam Nabi Azad in the Parliament before the oath.

Video footage showed Scindia going near the Singh and greeting him with folded had. Azad who stood close to Singh pats Scindia on his back.

Singh is being blamed for forcing Scindia quitting the Congress. According to media reports, erstwhile Kamal Nath government had denied Rajya Sabha ticket to Scindia in favour of Singh which irked him very much.

The incident was one of the many factors that prompted Scindia to defect the Congress along with 22 legislators and join the BJP.

The defection led to fall of two-year-old Kamal Nath government and formation of Shivraj Singh Chouhan government in Madhya Pradesh.