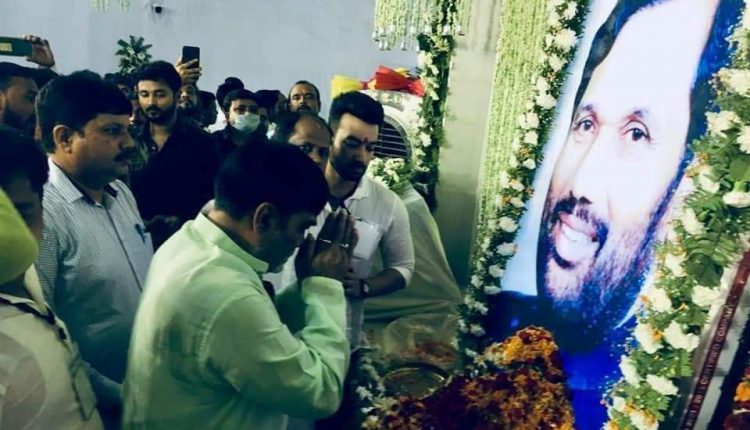 PATNA— Bihar politics has taken another curious turn. Weeks after letting him ignored in the aftermath of LJP split following overnight coup, the BJP has now come to realize the importance of Chirag Paswan and just doesn’t want to leave him at any cost.

Call it the growing bonhomie between Chirag and RJD leader Tejashwi Yadav or the importance of Dalit votes, the BJP has now gone all out to keep Junior Paswan in good humour. The way Prime Minister shot off two-page letter to Chirag to mark the first death anniversary of his father and Dalit icon Ram Vilas Paswan speaks volumes about the importance of Paswan junior.

While the ruling JD-U headed by chief minister Nitish Kumar stayed away from the function, a host of BJP leaders—from central party leaders to the state ministers—rushed to mark their presence at Paswan’s death anniversary. They included Union minister Nityanand Rai, Sushil Kumar Modi, Ram Kripal Yadav, chairmen of both Bihar legislative assembly and Bihar legislative council and scores of ministers.

Reports said the BJP initially tried to ignore Chirag after inducting his uncle Pashupati Kumar Paras in the Union cabinet but finally came on the back foot after watching the huge response his every “Ashirvaad Yatra” has been getting from the masses. Chirag has been undertaking this yatra across the state to seek justice from the masses after his uncle rebelled against him and then removed him as the LJP leader in the LS in a sudden coup. Paras has also removed Chirag as the LJP’s national president.

The reason for the sudden change of heart for Chirag, experts say, is the upcoming assembly elections in Uttar Pradesh where the BJP faces the challenge to retain power in view of anti-incumbency factors working against the party and the Covid-related issues.

The BJP now urgently wants the support of the Dalit votes to avert the challenge coming from Miss Mayawati. The BJP has already come to know about the importance of Chirag during the last year’s assembly elections when his “go-solo move” restricted JD-U to mere 43 seats as the BJP emerged as the biggest party in the NDA camp for the first time in two decades.

Again, the BJP doesn’t want to let grow an alliance between two young leaders, Chirag and Tejashwi, now that the party wants to form its own government in Bihar after lending its support to Nitish Kumar in government formation for full 20 years. In the last assembly polls, the RJD-led Grand Alliance had missed the bus by a whisker and the BJP leadership doesn’t want to strengthen the opposition camp with Chirag leaving the NDA.

The BJP is already well aware of the fact that how the JD-U is making all efforts to regain its 2010 position when the party had won 115 seats. To achieve its target, the JD-U has made several experiments, such as inducting old leaders to the party and making attractive announcements to woo the voters.