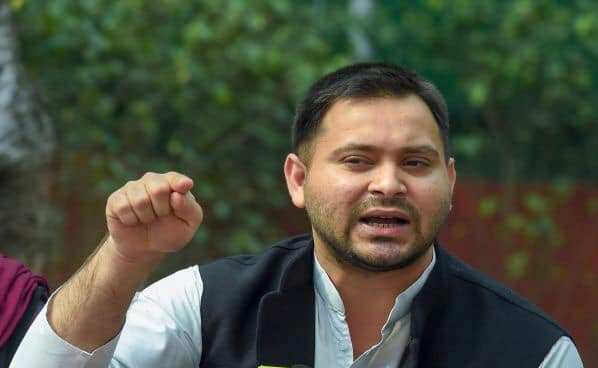 “We reject the exit polls. Ham jeet rahe hain (we are wining),” Tejashwi tweeted on Monday, asking the masses to keep a close watch on strong rooms (where EVMs have been stored afetr voting) and prevent the “dirty” game.

All exit polls have predicted comfortable win for the BJP-led NDA with one of them even giving 365 out of total 543 seats where polling was held.

24 BJP leaders get infected with deadly…

Not only that, they have even predicted a clean sweep for NDA in Bihar with a total of 40 LS seats. One of them, India Today-Axix survey has given 38-40 seats to the NDA out of total 40.

Similar predictions have been made by most of the exit polls. Republic-C Voter survey has given 33 seats, Times Now-VMR has given 30, Republic-Jan Ki Baat has given 28-31 seats, India TV-CNX has given 32, ABP-AC Neilson has given 34 while News24-Chanakya has given 32 seats to the NDA.

If the exit polls prove true, it will be a major setback for the Opposition parties which stitched a mega Grand Alliance with the RJD, Congress, Rahtriya Lok Samata Party (RLSP), Hindustani Awam Morcha (HAM), Vikassheel Insan Party (VIP) and Communist Party of India-Marxist-Leninist. Tejashwi Yadav heads the Grand Alliance in Bihar.

Old woman tied to drum in rain, beaten up as she protests land grabbing by influential men