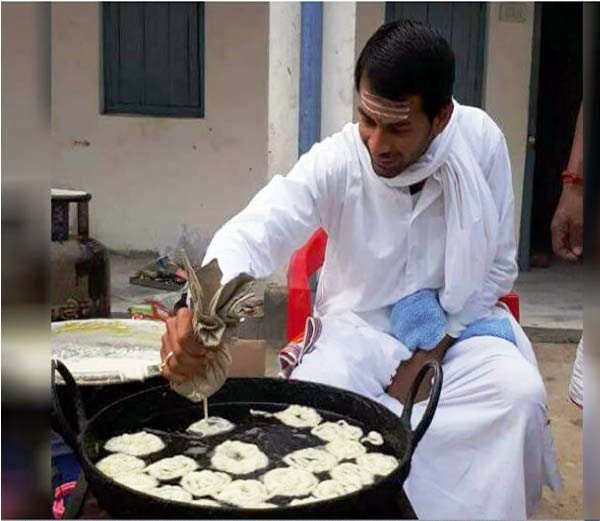 PATNA: Bihar’s very own “Krishna” is again in the news: this time for making circuitous Jalebis (a popular Indian sweet).

On Wednesday, Bihar heath minister Tej Pratap Yadav, known to be ardent devotee of Krishna, was caught on camera making jalebis at his residence and serving the same to the visiting guests.

The guests had come to offer prayers to deity Saraswati, Hindu goddess for knowledge, at the minister’s residence. 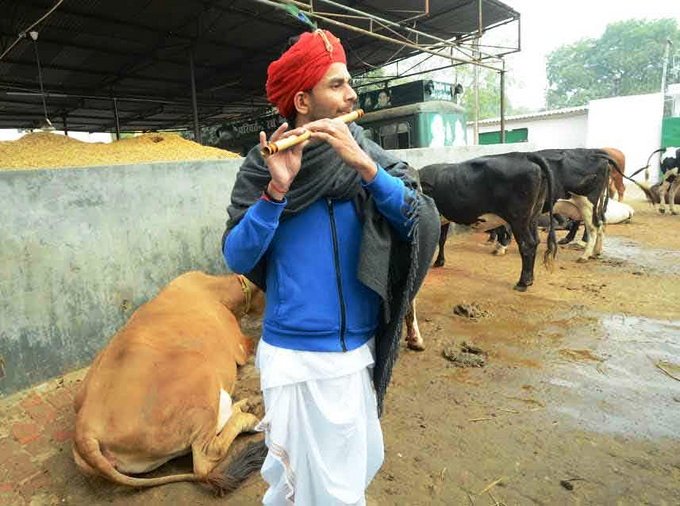 Earlier on New year day this year, Tej Pratap was seen in a fairly new avatar—changing his appearance like Krishna wearing red headgear with peacock feather and by playing the flute among cows.

Last month, he returned from a pilgrimage tour of Vrindavan where Krishna is believed to have spent his childhood days.

Describing himself as a descendant of Krishna, he has demanded a blanket ban on cow slaughter.

Narendra Modi is Indian version of Trump, has no concern for economy: Lalu Prasad