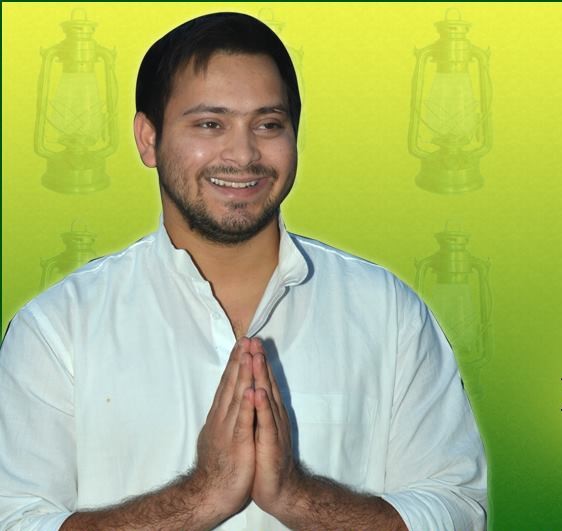 PATNA: The RJD headed by Lalu Prasad today announced Tejashwi Yadav will be the next chief minister of Bihar in what observers say is a “warning signal” for Nitish Kumar who stays in power with former support.

Tejashwi, son of RJD president Prasad, is currently is the deputy chief minister in the Grand Alliance (GA) government headed by Kumar.

“The next chief minister of Bihar will be Tejashwi Yadav. The youth RJD has been launching an intensive campaign achieve this goal,” Youth RJD’s national chief Bulo Mandal told a press conference in Muzaffarpur today.

He added every worker of the RJD wants to see Tejashwi as the chief minister for which “we are strengthening the organisation”.

The announcement assumes significance given the fact that the Bihar is currently run by a Grand Alliance government comprising the RJD, JD-U and the Congress.

“The declaration means Nitish Kumar will have to make way for Lalu’s son ultimately and he doesn’t have any option either,” said an observer.

The JD-U has lost considerable support base among the masses after breaking alliance with the BJP in 2013. Right now, JD-U despite its leader on the throne has less number of seats than the RJD.

The RJD has 80 members in Bihar assembly against only 71 members by the JD-U. The Congress has 27 members.

The BJP has 53 members in the state assembly.

The problem with Kumar is that even together with the BJP in worst circumstances, he is able to achieve only a simple majority of 124—just two more than the majority figure but many in the NDA don’t like Kumar.

Also, his “secular” image will suffer a massive dent in case he makes a volte face and joins the NDA.

Options are very few but the politics is the game of unpredictability!