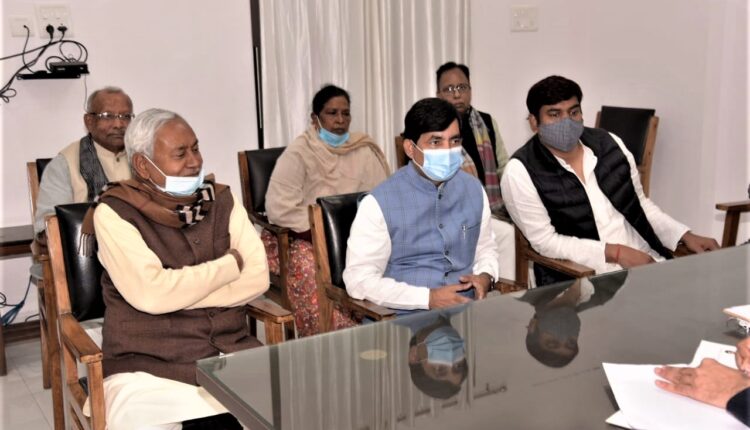 Sahani who is also a minister for animal husbandry and fisheries agreed to file papers after a call from Union Home minister Amit Shah on Sunday evening.

The VIP chief was unwilling to file nomination for a Council seat with curtailed tenure and was hell-bent on getting nominated only for the seat with a full tenure of six years.

Eventually, he changed his decision and agreed to file nomination after talks with Shah.

“He (Shah) just called me to inform about my candidature for Bihar Council seat. I am very much thankful to him,” was how Sahani said in his Facebook post on Sunday evening.

Sahani is seeking his election to the Council from the seat vacated by former BJP minister Vinod Narayan Jha. The term of this seat expires on July 21 next year. That means will he will have the opportunity to serve a maximum of 18 months.

Sahani is currently not a member of any House of the Bihar legislature, and as per the constitutional provisions he requires to be its member within six months of becoming the minister.

The VIP chief had returned to the NDA just ahead of assembly polls after not getting enough number of seats from the Grand Alliance.

Shahani was offered 11 seats by the BJP to contest but he himself lost the elections. Despite that he was made a minister but to continue on the post, he needs to be a member of the Bihar legislative council at any cost within six months.