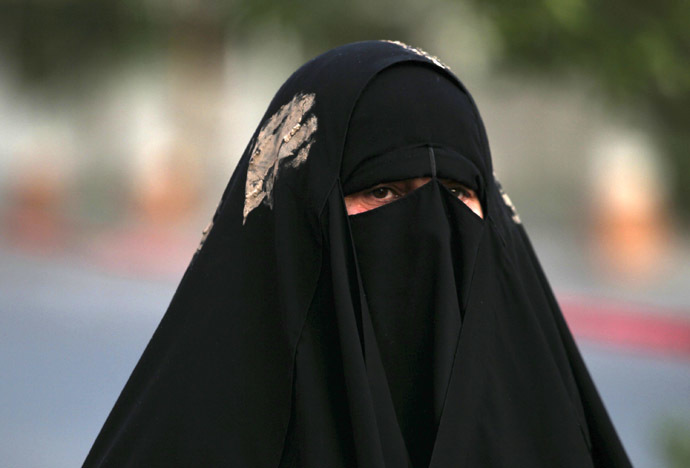 PATNA: Villagers in Bihar are shocked after a Muslim youth from their state was caught walking on the railway platform clad in burqa.

The man in question identified as Najmul Hasan was caught loitering in a suspicious condition from the Aligarh station on Sunday. The security agencies, however, recovered no ticket from his possession.

The accused who originally hails from Darbhanga district of Bihar was posted as executive engineer at Qasimpur power house in Aligarh.

As per reports, the said engineer clad in buqua was walking on the railway platform to catch a train when some passengers noticed his suspicious activities.

Apprehending he may be caught, the accused started running when the passengers gave him a hot chase and nabbed him before handing him over to the GRP.

During interrogation, he told the police that he was going to see his ailing brother admitted to the AIIMS but the agencies got suspicious when they found no ticket with him.

“His claims are being verified,” a local GRP official in Aligarh, Abdul Qadir told the local media.

But the revelation has not gone down well within the masses in Bihar. Of late a number of suspected terrorists have been arrested from Darbhanga, Madhubani, Purnia and other districts of Bihar.

One among them was dreaded Yasin Bhatkal, chief of banned Indian (IM) Mujahideen group who was arrested from the Indo-Nepal border in 2013 following a secret operation.