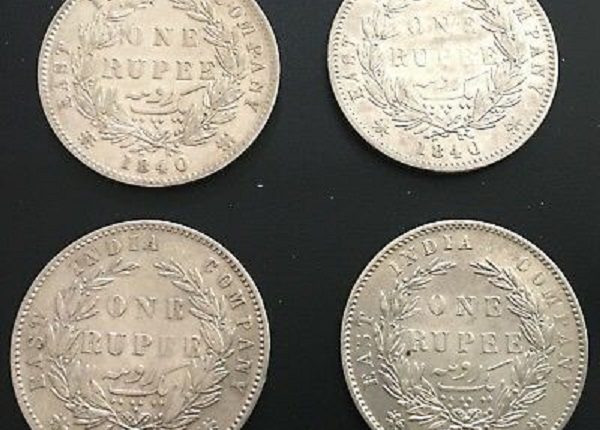 PATNA, INDIA: Villagers scrambled to lay their hands on silver coins when a farmland was found scattered with plenty of such coins shortly after it has been ploughed up for farming. Apparently the plough had hit an earthen pot full of coins underneath and they came out.

The bizarre incident took place at Dakupada village in Nepal, close to the international Indo-Nepal border, on Friday. Bihar shares a total of 729 KM of international borders with Nepal.

Witnesses said a local farmer Dram Tajpuria was ploughing his farmland with a tractor trailer when he noticed some silver coins scattered over the furrow. He hastily collected the silver coins and fled his home, abruptly suspending farm works.

However, the news soon spread to the local villagers who reached his farmland and began turning the tilled land around, searching for the coins.

Witnesses said there was a mad scramble among the villagers to loot the silver coins. Quite many villagers ended up picking up around a dozen of silver coins in hands and walked away with broad smile on their faces.

The coins found from the farmland were apparently in circulation while India was under British Rule.

Local villagers say some rich people might have buried the silvers coins packed in earthen pots under the soil apparently out of fear of getting stolen by the robbers but failed to locate them later. According to them, the areas being used for farmland now might have been residential colonies in the past.

The coins embossed with a portrait Queen Victoria belong to 1840 and 1877 AD.