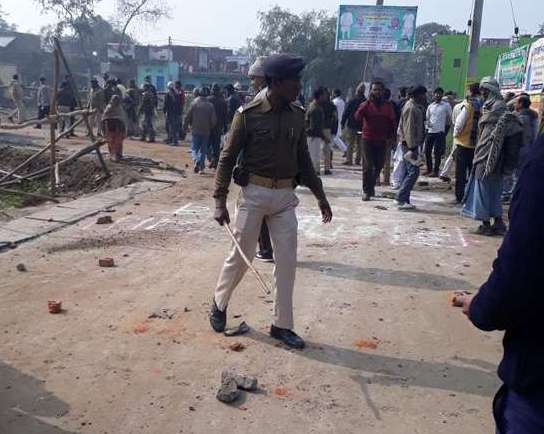 The incident took place in Dumraon block of Buxur district on Friday.

Reports said the local villagers wanted the chief minister to visit the Dalit hamlet on way but his convoy moved ob towards Nandan village where he was to review his development works.

Angry at their neglect, the villagers resorted to stone-pelting, leading to chaos for some time.

TV grabs showed angry villagers picking up large bricks and stones in their hands and hurling at the convoy, damaging many vehicles.

Kumar was later safely taken to the venue where he was scheduled to address the meeting but several cars in the convoy were badly damaged and the people riding them had a miraculous escape.

The chief minister is currently on state-wide tour of Bihar to “review” development works but he has been constantly facing protests from local villagers.