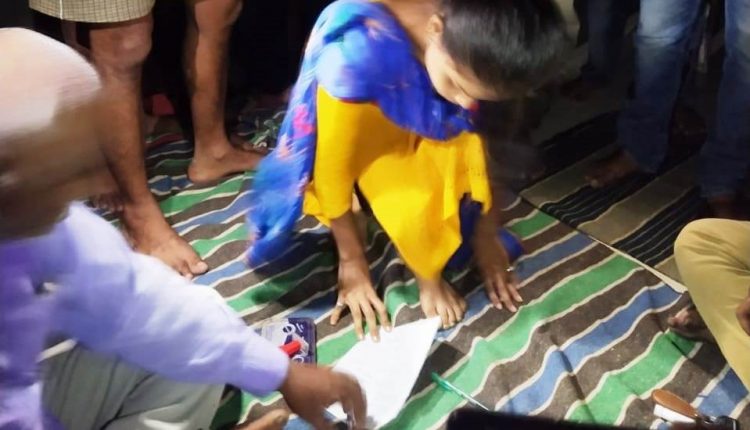 PATNA—A village court in Bihar has granted permission to a newly-wed woman to divorce her husband and pursue her studies to fulfil her career dream. The woman’s wedding was solemnised about one-and-a-half months ago.

Neha Kumari, 19, a resident of Jahangira village in Bhagalpur district, had submitted a petition to the local Gram Kutchery (village court) on July 26 seeking separation from her husband Sunil Kumar.

In her petition, the woman, who has studied till Grade 12, said she wanted to study further and pursue a career by getting a good job but she was not allowed to do so by in-laws.

“I found myself literally caged at my in-laws’ home. I was allowed neither by my husband nor by in-laws to study further. I felt suffocated in my in-laws’ home,” she alleged.

In July, she fled her in-laws’ home and reached Patna to continue her higher studies without intimating either her in-laws or her parents. As the news of her disappearance reached her parents, her father Gurudev Pandit registered a case with the local police fearing she was kidnapped.

The story took an interesting turn when the woman suddenly reached the local Sarpanch, a village council official having limited judicial power, last week to inform she fled her in-laws’ home and didn’t want to let this marriage continue.

Acting on her complaint, the Sarpanch Damodar Choudhary summoned both the woman’s parents and her in-laws to his court on July 28. The court held at Fatehpur village was also attended by the woman and her husband.

The woman told the court that she wanted to complete her technical training first to get a job and pursue higher studies but her request was turned down.

“I was forced to agree to a wedding by my parents while my in-laws didn’t allow me to study. Now I want to end this marriage for the sake of my career,” the woman told the court. The woman was married to a local youth Sunil Kumar in June this year.

After hearing the woman’s grievances, the village court tried hard to save the marriage but she remained adamant on divorcing her husband. Eventually, she was allowed to go in for separation. The woman thanked the village court for “saving her life from turning into hell”.

“We tried to convince the girl but in vain. Finally, we granted permission to the woman to seek divorce from her husband. After all, the woman is an adult and free to decide about her way of life,” the Sarpanch Choudhary told the media on Sunday.

The woman said her decision might upset her family and the society for the time being, but that was what she found to be right. “I was unable to pursue my career caught in the tight web of marriage, while I wanted to stand on my feet and didn’t get dependent on anyone,” she told the court. “Neither my parents nor in-laws cared a bit about my feelings,” she added.

The local administration has lauded the judgment of the village court. “Disposal of complaints which are not of very serious nature by the village court will lessen burden on the judiciary,” a local police official Lal Bahadur said.

CAG finds rampant use of machines in MGNREGA schemes in Bihar