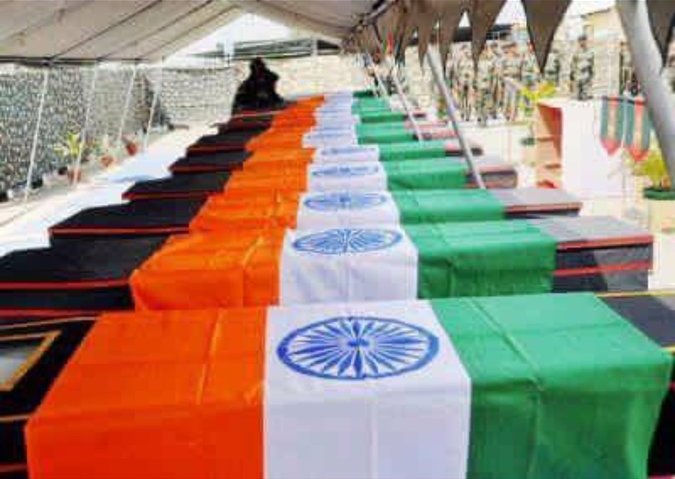 New Delhi: Prime Minister Narendra Modi on Monday  held a top level meeting to workout Government’s strategy to counter terror attacks even as the bodies of the soldiers killed in Sunday’s deadly attack at the Uri army camp in Jammu and Kashmir are being flown back to their homes, reports said.

The Prime Minister held a review meeting with Defence Minister Manohar Parrikar, Home Minister Rajnath Singh and Finance Minister Arun Jaitley after being briefed about the latest development on the Uri incicent.

On Sunday morning, four terrorists sneaked into the army base and went on making brush firing after throwing grenades that killed soldiers sleeping in tents which caught fire. 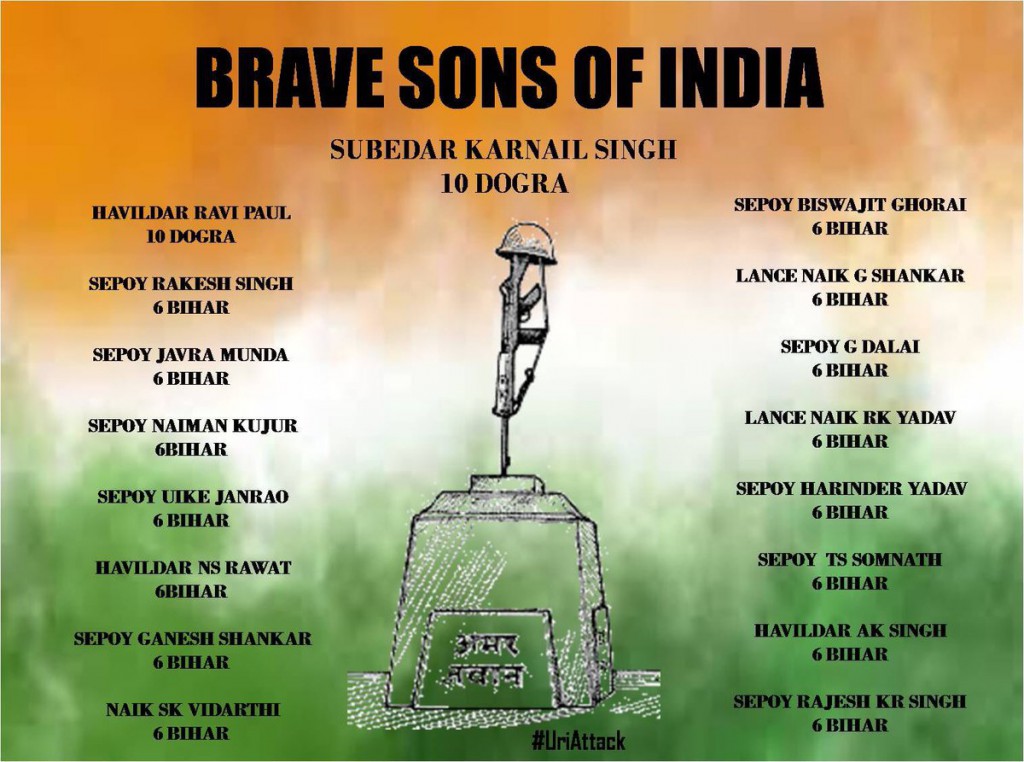 Twenty soldiers were injured, seven of them critically.

All the four attackers were also killed in gun battle.

The Government has said the attack is the handiwork of Jaish-e-Mohammad, a Pakistan-based terror outfit and the arms seized from the possession of the slain terrorists bore the stamps of Pakistan.

Blaming Pakistan for the incident, Home Minister Rajnath Singh has called it a “terrorist state” and said  it should be isolated.

Pakistan has, however, denied the allegation, describing it as “baseless and irresponsible.”

The terrorists are believed to have crossed a canal along the Line of Control and launched attack on the army camp, located nearby.