Urdu not confined to particular religion, to be taught in every Bihar school: Nitish Kumar 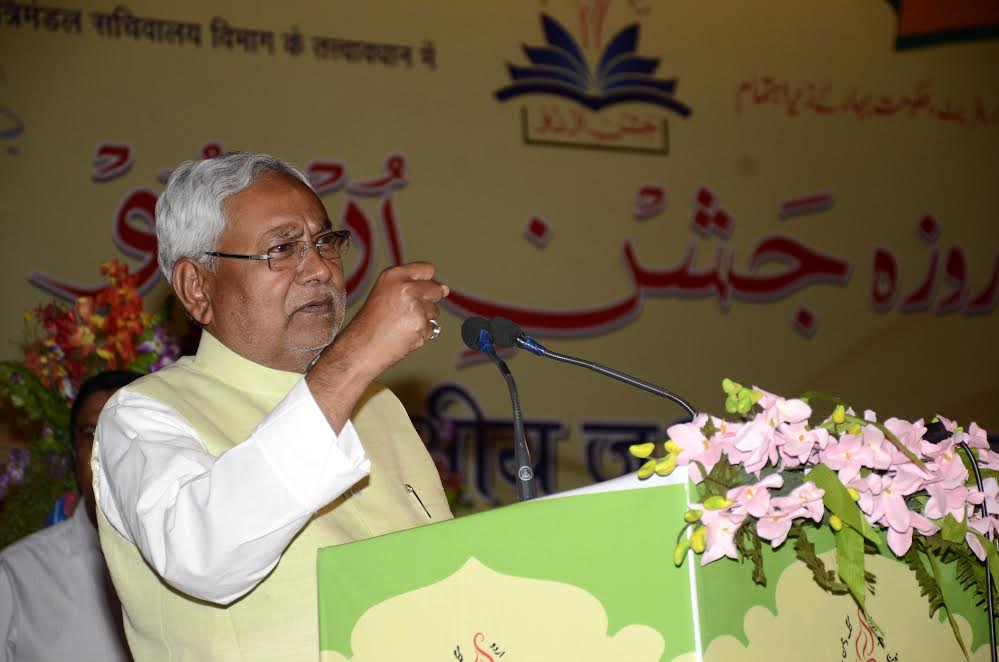 PATNA: Bihar chief minister Nitish Kumar said he was committed to the promotion of Urdu saying no change is possible without proper nurture of this language. Urdu is the second official language in the state.

“Urdu is not just a language of love and romance but it’s also an expression of ‘inquilab’ (revolution),” the chief minister said, addressing the two-day Hashn-E-Urdu programme in Patna on Saturday.

He said the government wants Urdu to be taught in very school across the state for which he is trying hard. He denied Urdu was confined to a particular religion; rather it is spoken by people across all religious communities.

“But, what is shocking we didn’t get qualified candidates against the vacant posts of Urdu teachers when we launched the recruitment drive,” he revealed. He added the language of the people would qualitatively improve if they all know this language.

The chief minister also announced to appoint 400 Urdu translators in every block, subdivision and district across the state adding the government had planned to increase use of Urdu in official works.

He said all the government notifications, order and gazette should be issued in Urdu as well.