The incident took place in Katihar district on Sunday 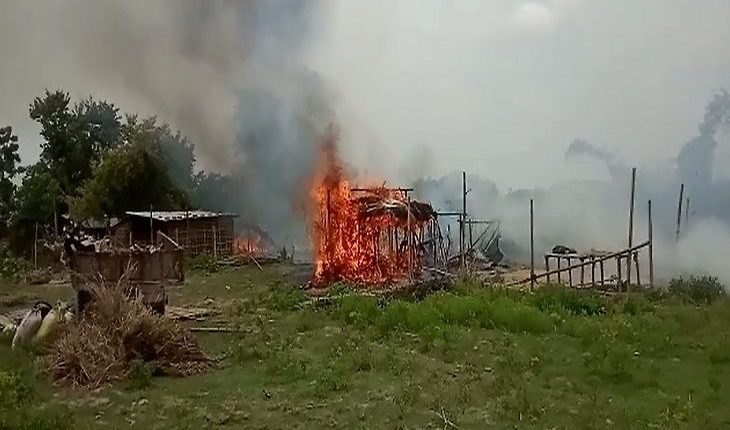 The houses of Dalits on fire in Katihar dsitrict of Bihar IMAGE COURTESY: BHASKAR.COM
287
Share

Dalit villagers have alleged the upper caste strongmen raided their homes at Sanjheli village in Katihar district on Sunday and set their houses on fire in a bid to grab their land.

According to the victims, the miscreants riding several motorbikes raided their homes on Sunday, brandishing arms and went on setting their huts on fire. Within, minutes the houses were reduced to ashes as the poor villagers wailed inconsolably.

A local senior police official Vikas Kumar told the media that a case had been registered with the police station and raids were on to nab the absconding accused persons.