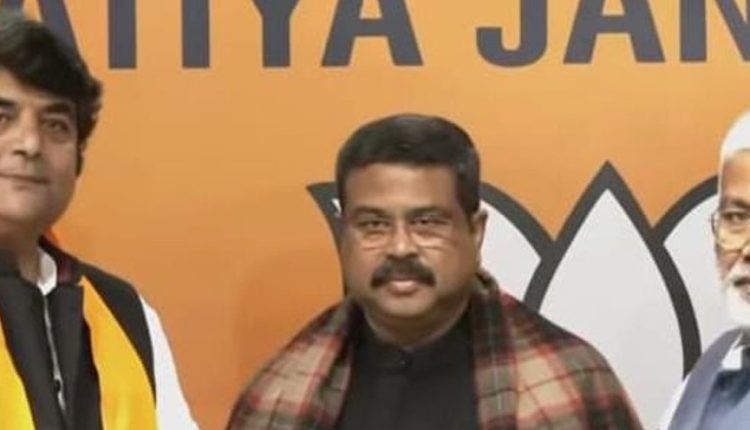 NEW DELHI—In a setback to the Congress, senior party leader RPN Singh on Tuesday quit the parent party to join the BJP ahead of the UP assembly polls.

For the past over three months, there had been talks of the prominent Congress leader from UP joining the BJP but he always denied. On Tuesday, however, he was welcomed into the BJP by party’s UP’s election in-charge and minister Dharmendra Pradhan.

Analysts say the BJP hopes to counter the reported disenchantment among the OBC community voters by inducting Singh who comes from the same community.

Recently, a number of top OBC ministers, legislators and leaders had quit the BJP to join Akhilesh Singh Yadav-led Samajwadi Party (SP) which has apparently caused panic in the saffron camp which is trying hard to make up the “damage”.

“The BJP is trying hard to counter the narrative of the party losing several OBC leaders in past few weeks by inducting Singh but the battle is indeed very tough for the party in UP this time,” said a political analyst.

The Congress reacted bitterly to Singh’s move to join the BJP and described him as a “coward”.

“The battle which Congress party is fighting can be fought only with bravery… It requires courage, strength and Priyanka Gandhi has said that coward people can’t fight it,” Congress Spokesperson Supriya Shrinate told reporters.

Singh said he served the Congress party with honesty and sincerity but it has not remained the same anymore now and lauded the leadership of Prime Minister Narendra Modi.

“This is a new beginning for me and I look forward to my contribution to nation building under the visionary leadership & guidance of the Honourable Prime Minister Shri @narendramodi, BJP President Shri @JPNaddaji & Honourable Home Minister @AmitShahji,” Singh tweeted.

Singh is the third big leaders to have quit the Congress since Priyanka Gandhi took charge of UP political scene.

Prior to him, Jyotiraditya Scindia who was in charge of UP quit the party to join the BJP. Last year, Jitin Prasada, a prominent Brahmin face of the party in UP, had left the Congress for the BJP.

All 49 victims of Muzaffarpur shelter home scandal get compensation