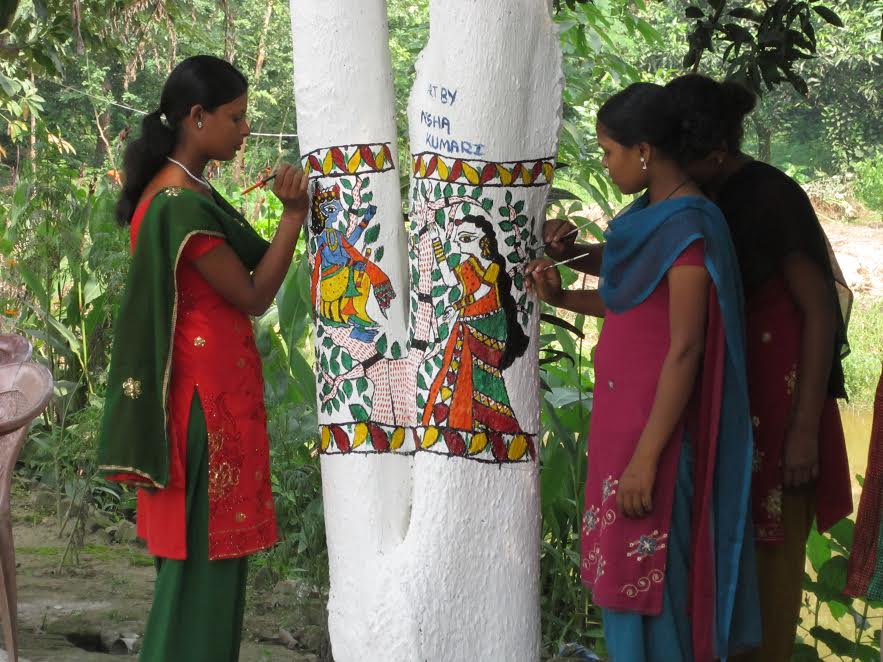 PATNA: A unique campaign by artists has helped save thousands of trees from being felled in in eastern Indian state of Bihar.

The place witness to this pleasant campaign is Madhubani, a district located some 200 km north of Patna.

In the past four years since this campaign was launched, trees which normally remained the prime targets of the local villagers have got a fresh lease of life.

The pleasant changes came after the local artists began painting tree trunks and their leaves with coats of vibrant paints depicting images of Hindu deities to save environment. 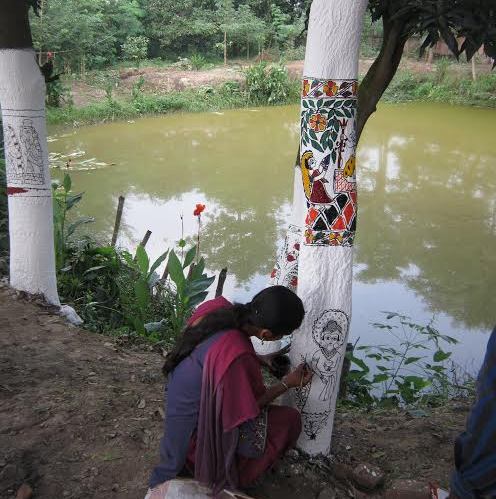 The campaign has been launched on a stretch of five kilometers from Rampatti to Rajnagar locality in Madhubani district—which suffered the maximum assaults from wood cutters.

The lovely tree painting with different themes of world-famed Madhubani painting–also known as Mithila painting–has now turned the entire areas so beautiful that now the passersby can’t resist themselves from taking selfies with trees.

“Normally, the Hindus already worship trees but they virtually stopped cutting them once we painted the tree trunks with different image of Hindu deities,” a local artist Siya Devi asaid. She is one of the artists associated with the tree painting campaign.

“Previously, the sights of people ruthlessly cutting roadside trees were quite common. Now this gives us much satisfaction to see the crowds of tourists paying visits to this particular area to see the painted tree and capture them in their cameras,” added another artist. 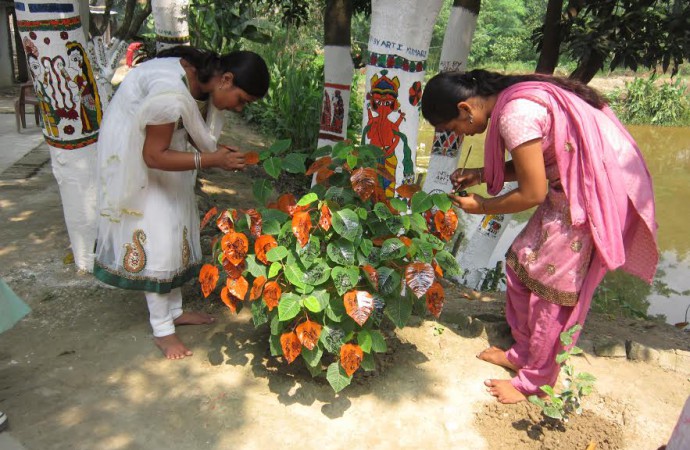 The idea is the brainchild of a local villager Shashthi Nath Jha who has been working for the women empowerment and rehabilitation of child labour.

“The sights of common men ruthlessly cutting trees with axes and saws always gave me a lot of pain. I tried to convince them this is not good for environment but they never took it seriously. So I thought upon the plan to paint scenes from Hindu classics or images of Gods on the tree barks thinking it can work significantly, and yes, it has begun working now”, said Jha who works for Gram Vikas Parishad, an NGO.