Unique Bihar wedding: Youth marries off wife to her lover to bring happiness in life 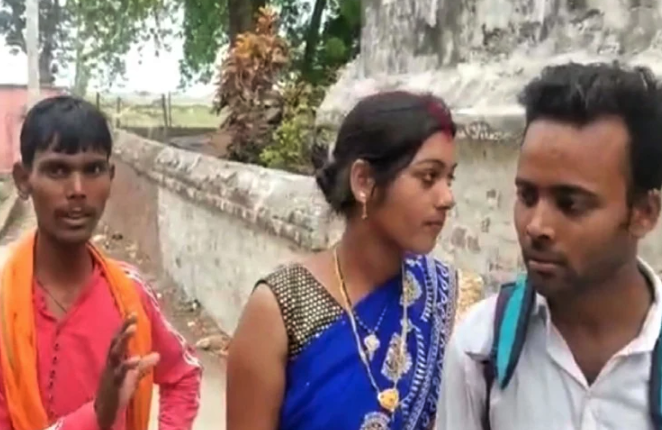 PATNA—A man in Bihar married his wife to her boyfriend amid the ongoing COVID-19-induced lockdown to bring happiness in her life.

The bizarre wedding which took place at a temple in Chapra town of Bihar has become a talk of the town.

According to reports, the youth had entered into love marriage with the woman named Niccki some time back.

Shortly after marriage, love got replaced by hatred as the youth began torturing his wife who later fell in love with one of her husband’s friends.

Reports said the youth warned her wife against keeping any relation with her lover but she refused. Instead, she tried to elope with him but was caught.

Eventually, he performed the marriage of his wife with her lover at a local temple and saw her off while keeping the little daughter with himself. The couple had only a daughter.

“I had entered into love marriage and now my wife had love marriage with another youth. I have performed her wedding and am happy,” the youth told the media after performing wedding of his wife.

He said he would now take care of his daughter.