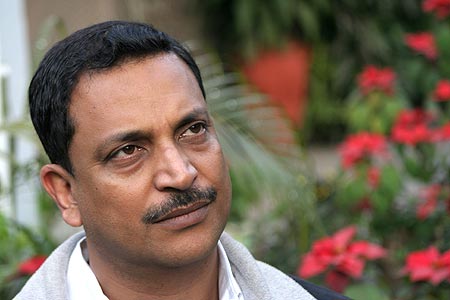 New Delhi: Ahead of a speculated Cabinet reshuffle, Union Minister Rajiv Pratap Rudy resigned from his post on Thursday evening apparently to make way for others from his home state.

According to reports in the local media, some JD-U leaders could be included in the Narendra Modi cabinet against the vacancies arising out of resignation by Rudy and his other ministerial colleagues.

Rudy who represents Saran seat from Bihar in Lok Sabha was the Minister of State for Skill Development and Entrepreneurship.

A major Cabinet reshuffle is expected at the Centre ahead of the 2019 elections, media reports said.

According to media reports, the reshuffle is likely before Prime Minister Narendra Modi leaves for China on Sunday to attend the BRICS Summit there.

Revealing not much about the next assignment, Rudy told NDTV that he is waiting for further orders from the party.

According to some news reports, the ministers who had resigned may get organisational posts in the Bharatiya Janata Party (BJP).

In 2017, several top ministers resigned from the Modi government.

Manohar Parrikar resigned as the Defence minister to become the Goa chief minister.

Venkaiah Naidu also resigned from the Information and Broadcasting ministry and the central government as he became the President of India.

Speculations are going on that Minister for Road Transport and Highways and Shipping, Nitin Gadkari, might get an additional charge of Railway ministry after Suresh Prabhu offered to resign from his post following multiple train accidents in recent times. Earlier, Prabhu said he was asked by the PM Modi to wait.

Meanwhile, BJP President Amit Shah is attending the three-day meeting with the Rashtriya Swayamsevak Sangh (RSS) which is considered to be significant ahead of the cabinet reshuffle.

India the most corrupt country in Asia: Transparency International