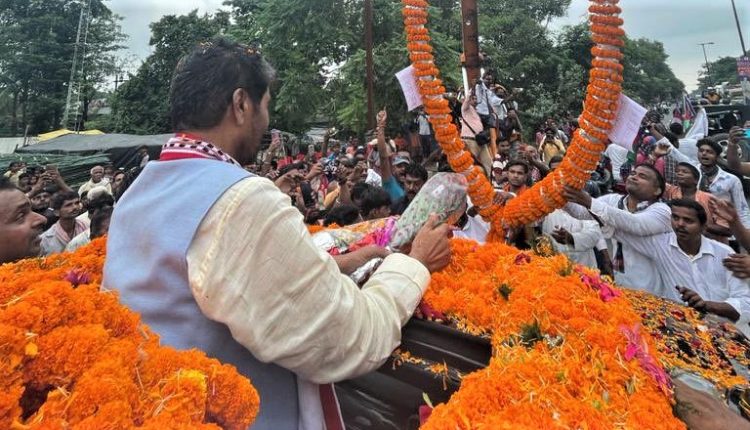 Reports said as he reached Hajipur, his home constituency, in a convoy of cars, angry protesters threw mobil oil, ink and blocked his way.

They also tore rival camp’s flags and showed black flags despite presence of police forces deployed in the areas.

It is believed the protesters belong to Chirag Paswan camp and are angry at the way Paras in an overnight coup hijacked the entire party, the Lok Janshakti Party (LJP), and got himself elected as the LJP leader in the Lok Sabha.

He was later inducted into the Union cabinet which too has not gone down well within the rival LJP camp.

Deposed LJP chief Chirag Paswan has already undertaken “Ashirvaad Yatra” in Hajipur, the previous home constituency of his late father, seeking blessings of the masses and action against Paras, his uncle.