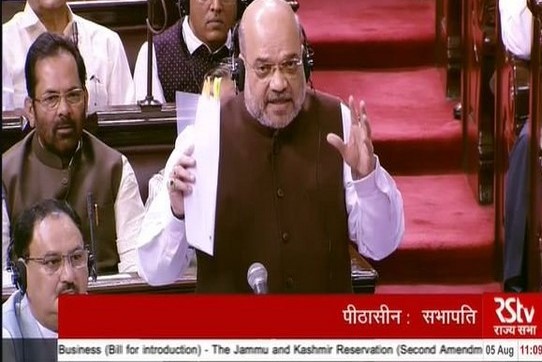 Article 370 of the Indian Constitution grants special status to the state of Jammu and Kashmir, allowing it to have its own constitution, flag and right to handle its own laws except on matters that impact national security

Amit Shah also said “keeping in view the prevailing internal security situation, fuelled by cross-border terrorism in the existing state of Jammu and Kashmir, a separate Union Territory for Jammu and Kashmir is being created”.

The move led to heavy uproar in the Upper House of the parliament.