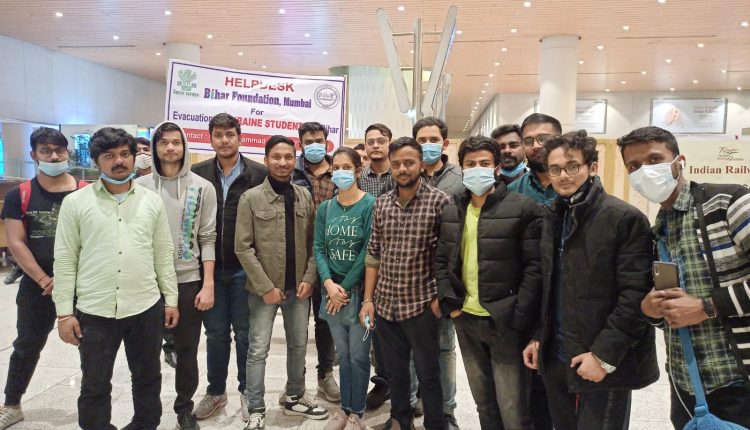 PATNA—As war scenes turn uglier with each passing day in Ukraine, so remains the condition of students trapped in the war zones. Amid all these disturbing developments, emotional appeals for help coming from the children caught in the crossfire between the Russian and Ukrainian armies have made the parents literally go without sleeps. The hapless parents are alternatively “praying” to the local authorities and the God seeking for safety of their children.

Bipin Bihari, a resident of Madhepura district in north-eastern Bihar, couldn’t control himself and cried inconsolably when his daughter Nidhi Kumari made an emotional appeal to save her life on a video call. Bihari had gone out to arrange money and even took loans from banks to let his daughter become a daughter.

“Yahan ki sthiti kafi kharab hai Papa, mujhe vacha lo (The situation here is very critical. Please save me Papa),” Nidhi told her father on a video call, urging him to do something urgently to save her. She added she had been living in horrible condition for the past one week since the war began and was not sure what would happen next.

Similar appeals came from Jaya Kumari who broke down while talking to her father Jay Narayan Mehta over phone. “Everyone trapped here (Ukraine) is afraid of their life and I can’t say if I would really meet you in such a situation,” Jaya told her father who lives in Purnia district. She told her father how they had been walking on foot in the inclement weather without caring for food to somehow reach the border.

Another student Shivani Jha said she had to walk for 140 km on foot to reach the border yet she faced resistance from the local armies to cross the border. “I was allowed to cross the border only after I fell sick and fell down,” said Shivani, a resident of Kankarbagh locality in Patna. According to her, the helpline numbers issued by the government of Indian proved to be of no help as the people on the other side never replied to their distress phone calls.

As per a report prepared by the state disaster management department, around 250 students have reached Bihar from Ukraine so far. Of them, 200 are such whose travel cost was borne by the state government whereas the remaining persons reached their homes at their own cost.

According to an estimate, the total number of persons still stuck in Ukraine could be around 1,200 although the Bihar government has got information about 479 students trapped there. Of the 479 students stuck there, a majority of 77 belong to East Champaran, 65 from Patna, 22 from Sitamarhi and 20 from Gaya districts.