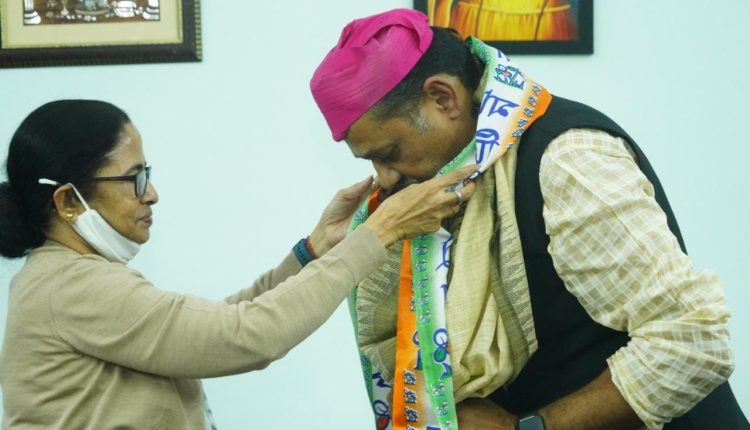 A member of the 1983 Cricket world cup winning squad, Azad was feeling isolated right since he joined the Congress in 2018 after getting suspended by the BJP which he served earlier.

He was elected from Darbhanga LS seat thrice and in 2019 as well, he wanted to contest from there but as this seat went to the RJD under seat-sharing formula, Azad was fielded from Dhanbad seat in Jharkhand but he lost to the BJP.

Diplomat-turned-politician Pavan K Varma too joined the TMC. A former JD-U leader Varma said it was the need of the hour to strengthen the opposition.

“Keeping the political circumstances in mind, it is imperative to strengthen the Opposition,” Varma told the media.

Varma, along with poll strategist Prashant Kishor, was expelled from the JD-U last year after they launched attacks on its alliance partner BJP over Citizenship Amendment Act (CAA).

Both joined the TMC at function organised in New Delhi and attended but Miss Banerjee.