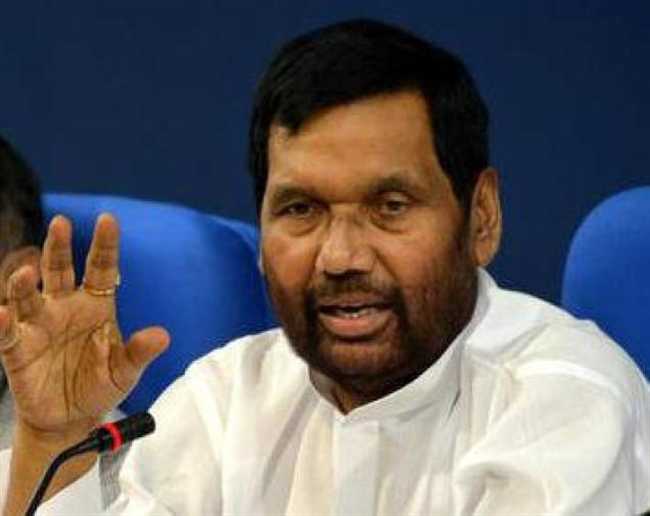 PATNA: A day after his “tweet like” created storms in political circles, federal minister for food and pubic distribution Ram Vilas Paswan today denied he ever liked any tweet of RJD chief Lalu Prasad as reported in the media.

“I have just read in news papers that I have liked the Tweet of Sh Lalu Prasad Yadav, which is totally false and mischievous (sic),” clarified Paswan on his tweeter handle today.

He added,” I don’t read the tweet if Sh Lalu Prasad Yadav as he is never serious in his statement”.

I have just read in news papers that I have liked the Tweet of Sh Lalu Prasad Yadav, which is totally false and mischievous.

“What to talk of development in Bihar, not even a single needle factory has been established during the regime of Lalu, Nitish & Rabri (sic),” further tweeted Paswan adding, “Law & order is worst in Bihar & people are unsafe. That’s why LJP has been demanding imposition of President Rule in Bihar.”

I don't read the tweet of Sh Lalu Prasad Yadav as he is never serious in his statements.

Paswan’s clarification comes barely a day after he was believed to have “liked” one of the tweets of the RJD president wherein the latter claimed Bihar had registered 15.6 percent growth leaving far behind “so-called developed states” being ruled by “Mangal Raj-wale” in oblique reference to the BJP.

Also Read: Paswan ‘liking’ Lalu tweet: Is all not well within NDA?

The move prompted the RJD chief to say a big “Thank You” to Paswan which was widely covered in the media.

“Thank you Paswanji for endorsing my stand that Bihar is out performing so called developed states ruled by BJP,” was how tweeted Prasad whose RJD is a coalition partner in the ruling GA government in Bihar.