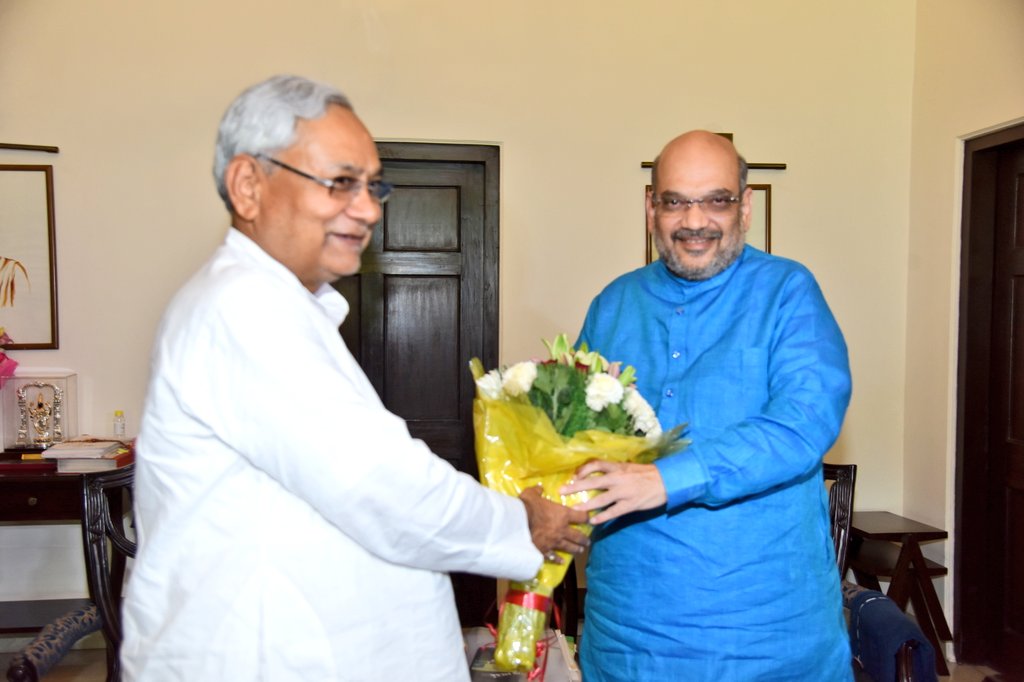 PATNA: BJP president Amit Shah’s “political acumen” will be on test in Bihar.

Reason: the JD-U, its alliance partner headed by chief minister Nitish Kumar, is not willing to make equal distribution of seats with the BJP during the Bihar assembly elections the kind of which was seen during the recent Lok Sabha polls.

It was being hotly debated in the political circles that the JD-U will agree to similar seat-sharing formula in the next year’s Bihar’s election especially after the BJP spared five of its seating seats for the JD-U to contest elections on 17 seats each.

But now it seems the JD-U is not eager to show similar “large heartedness” in the assembly elections claiming it is bigger party in Bihar and hence it deserves more seats. Currently, JD-U has 71 members in the Bihar assembly against 53 seats held by the BJP.

JD-U’s national vice-president Prashant Kishor is of the onion that the JD-U should get lion’s share of seats in the seat-sharing since it has more members in the state assembly than the BJP’s.

“In no way, JDU-BJP will contest on equal number of seats in 2020 Bihar assembly polls,” Kishor told a TV news channel on Sunday.

According to him, the JD-U will contest on more seats than the BJP. “I can assure you that. In 2019 LS Polls, JD-U sacrificed and contested equal number of seats as it was Narendra Modi’s elections. In Bihar, the formula of 2010 will be adopted when JD-U had contested on 143 seats and BJP on 100 seats,” Kishor told Republic news channel.

JD-U’s move is set to bring further strain in alliance with Nitish Kumar who has been projected as the NDA’s chief ministerial face by the JD-U. Kishor along with several JD-U leaders have been constantly opposing the newly passed citizenship law and BJP’s NRC plan.

It’s to be seen how the BJP leadership reacts. The problem for the BJP is that it has been losing one state after another in state elections.

Last year, it lost three major key Hindi states of Rajasthan, Madhya Pradesh and Chhattisgarh while this year, the party has lost Maharashtra and Jharkhand.