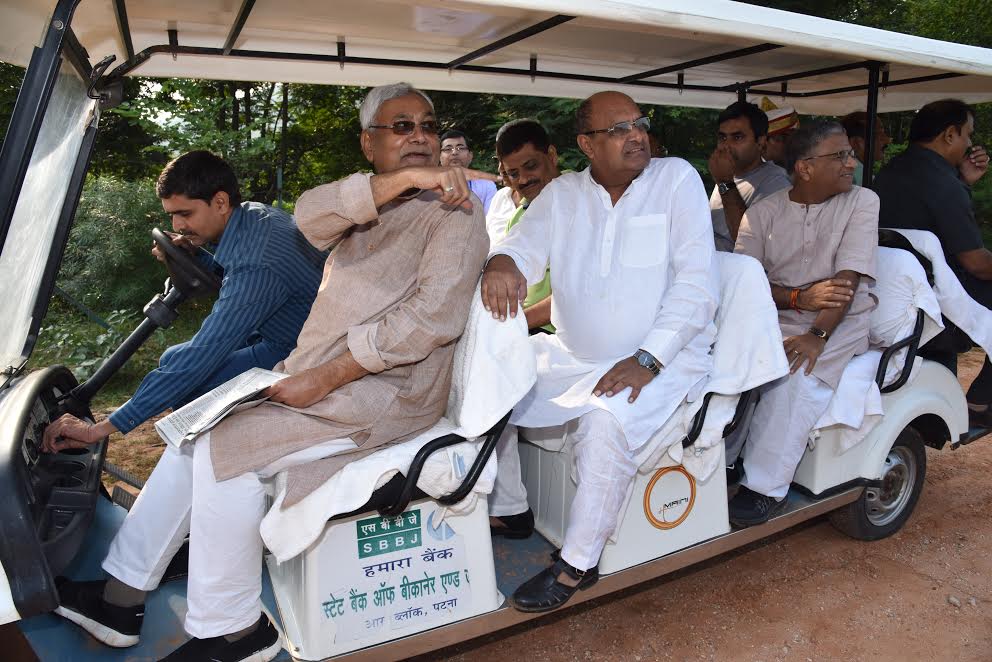 PATNA: Bihar chief minister Nitish Kumar has asked Narendra Modi government at the Centre not to touch the issue of ‘triple talaq’.

“Who is centre to decide over the issue of triple talaq? Leave it to the Muslims (to decide),” Kumar said today, addressing a meeting of JD-U’s national council at Rajgir.

The move is being described as a part of JD-U’s strategy to win the support of the Muslims ahead of the Uttar Pradesh elections. The JD-U had questioned the BJP’s move to raise the issue of triple talaq ahead of polls.

The reaction comes after the senior BJP leader Sushil Kumar Modi asked the chief minister to explain his position over this issue.

Last week, the Indian government ruled that the practice of triple talaq by Muslims has no place in a secular country in a n affidavit filed in the Supreme Court, evoking string protests from various Muslim bodies.

But, the Narendra Modi government has announced not to change its position on the issue, citing the issue of gender equality and dignity of women in India.

“This is a well thought-out and considered view of the government in pursuit of gender equality and dignity of women,” Indian law minister Ravi Shankar Prasad was quoted as saying in a national daily.

Our relationship with China has improved: Home minister Rajnath Singh