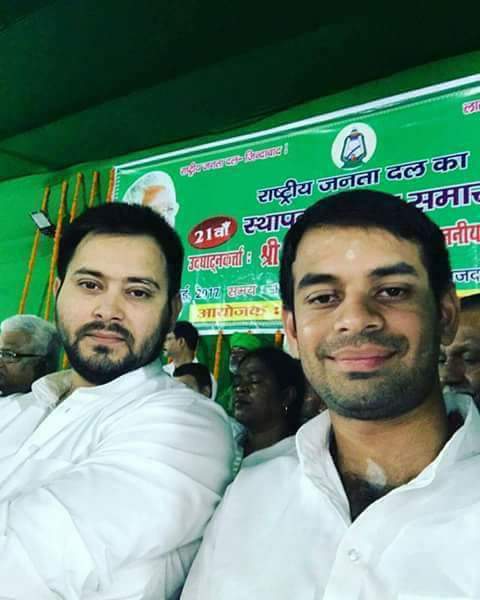 Even as Prasad’s younger son Tejashwi Yadav has been made an accused in a corruption case by the CBI, his elder son Tej Pratap Yadav has his petrol pump licence cancelled for submitting fake details.

Authorities said the Bharat Petroleum Corporation Limited (BPCL) has sealed the petrol pump hours after its licence was terminated following allegations that the Bihar health minister had acquired land for the retail outlet “illegally”.

In May last, the BPCL had served a notice on the minister seeking his reply on the allegations after which the minister moved the court which put a interim stay on the cancellation order. Two days back, however, the court lifted the stay order.

The action comes on the complaint filed by the senior BJP leader Sushil Kumar Modi who alleged the minister was not the real owner of the land on the Anisabad bypass road where the petrol pump is located.

“How Tej Pratap was alloted Petrol pump in 2011 during UPA when he owned no land & neither leased land in his name?” was how Modi had tweeted earlier.

Prasad’s both sons are ministers in the Nitish Kumar government. While his younger son is deputy chief minister, elder son is health minister.

Further, the RJD chief himself is in the thick of controversy for acquiring benami lands through front companies leading to IT raids on his properties in Delhi and nearby.