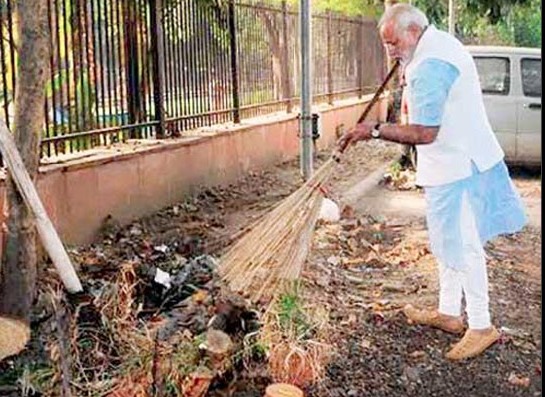 New Delhi: Top leadership of the country including the Prime Minister, Chief Ministers and Ministers from States and Union Territories today signed a Declaration of Commitment to make India Open Defecation Free and Clean by 2019.

Addressing the inaugural session of INDOSAN, Minister of Urban Development M Venkaiah Naidu said, ‘’Largest ever mass mobilization is taken place under Swachh Bharat Mission. With people leading the India Sanitation Alliance, cleanliness in rural and urban areas has been mainstreamed with political leadership at various levels for the first time. 21st century India has to get free from illiteracy and LITTERATI people who throw litter in the open”.

He added the “Mood Of Developing India”(MODI) over the last two years has been for a Clean India and after a  slow start, Swachh Bharat Mission has gained momentum over the last one year with good progress in implementation in both rural and urban areas.

He informed that as on date 405 cities and towns have become Open Defecation Free and 739 would become ODF by March next year.

According to him, 2.4 million individual household toilets have so far been built in urban areas and another 1.9 million are under construction.

‘My supporters will teach the govt a lesson in next polls,’ warns Shahabuddin