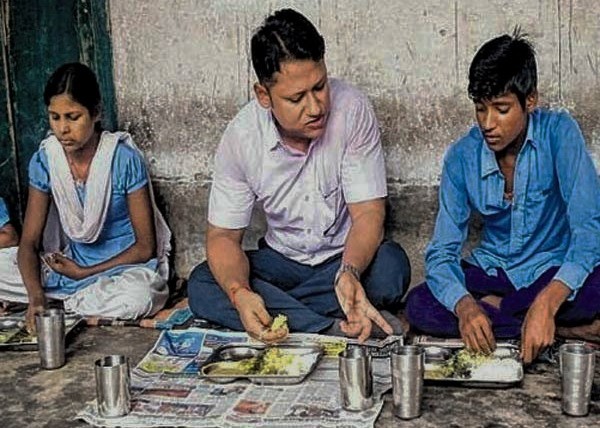 PATNA: Authorities in Bihar have reinstated a woman cook after she was abruptly removed from her job for being a “widow”.

She had been dismissed by the school principal Shiv Govind Prasad in 2013 shortly after her husband died. To rub salt to her wounds, the principal also appointed another cook in her place.

As all her pleas to restore her job failed, she eventually rushed to the concerning district magistrate Kanwal Tanuj on Monday, seeking his help.

The very next day, the DM visited school, personally conducted inquiry into the matter and then reinstated her on the old job after finding her charges true.

The official also ate food with the school children sitting on the ground in the school premises and the woman serving food to him was none other than the widow cook!

The idea was to dismiss the superstitious belief that eating food cooked by a widow brings bad luck.

“It’s a really shocking to know that she was fired from her job for just being a widow. This is very serious,” the official told the media today.

He also ordered suspension of the headmaster while also directing for registration of a case against him for his act.

Image Caption: The official eating food with children in school