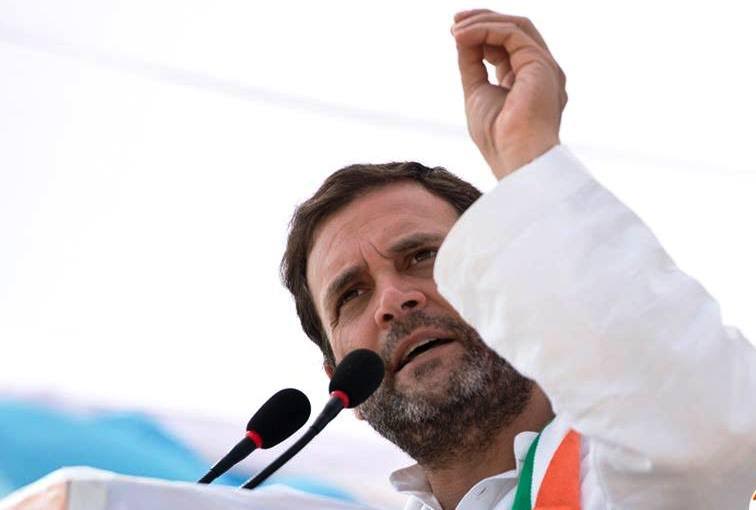 New Delhi: Prime Minister Narendra Modi’s condemnation of cow vigilantism in the wake of yet another lynching of a Muslim teenager has been termed as “too little, too late” by Congress vice president Rahul Gandhi on Thursday.

After several politicians derided PM Modi’s message to those who are killing people in the name of Gau Rakshaks, Rahul’s tweet is the newest one to take a jibe at the PM.

“Too little too late. Words mean nothing when actions out do them,” Rahul said on his Twitter handle:

PM Modi condemned the activities of the cow vigilantes while addressing a public gathering in Gujarat on Thursday.

Modi broke his silence on the incident in which a group of 15 men allegedly hacked a teenager to death and stabbed his family members inside a moving train after accusing them of carrying beef following a dispute over seats.

Modi said: “Killing people in the name of Gau Bhakti is not acceptable. This is not something Mahatma Gandhi would approve.”

In a stern voice, the PM said: “As a society, there is no place for violence. No person in this nation has the right to take the law in his or her own hands in this country.”

“We come from the land of non-violence,” he said adding, “Violence won’t solve any problem.”

The deceased, who hailed from Ballabgarh, Haryana, has been identified as Junaid, 19, who was travelling home with his brothers Haseem, Moeen and Mohsin after shopping for Eid at Delhi’s Jama Masjid.

According to The Times of India report, the group passed several communal abuses and humiliated the brothers, asking them to get out of the train.

The roads of various cities like New Delhi, Kolkata, Mumbai, Bengaluru witnessed protest termed as ‘Not In My Name’, following the lynching of Junaid. The outcry was against killing of people because of their name or religion or identity.

Speaking at a press conference, Owaisi said: “Why there is an increase in killing in the name of cow worship after 2014? The organisations like Sangh Parivaar (Rashtriya Swayamsevak Sangh) are doing this with the help of BJP. All these incidents are occurring in BJP-ruled states.”

“Constitutionally and morally the responsibility lies at the doorstep of the Prime Minister” he added.

Separately, West Bengal chief minister Mamata Banerjee also raised her voice against PM Modi for the continuous attacks on minorities in the name of Gau Rakshak.

“We condemn killings taking place in the name of gau raksha. This must stop now. Just words not enough” Banerjee said on her Twitter account.