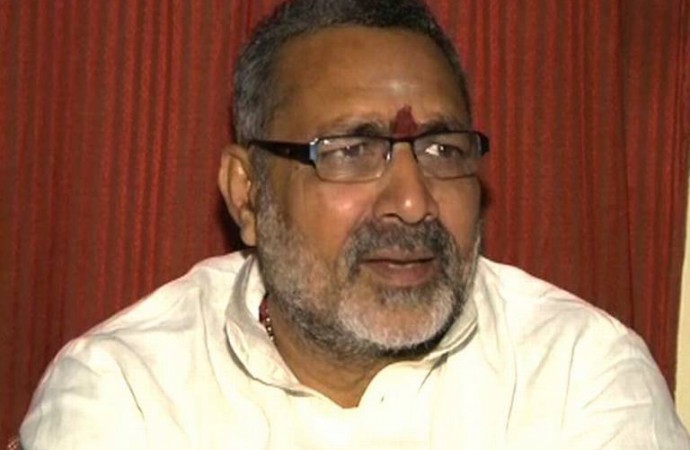 PATNA: Union minister Giriraj Singh has kicked up a fresh controversy by seeking strict implementation of the ‘two-child’ norms to check population boom in the country.

Singh, a firebrand BJP leader, is currently a Union Minister of State for Micro, Small and Medium Enterprises in the Narendra Modi government at the Centre and is considered close to the Prime Minister.

“The two-child norms should be strictly implemented in the country. This is a must for nation’s growth,” Singh told a function in Bihar yesterday, seeking to cancel voting rights to all those who violate the law.

He voiced concerns over the declining population of the Hindus in the country saying there are at least 70 districts in India where the Hindus had reduced to ‘minority’.

“If this continued, the overall situation will turn alarming by 2030,” he warned.

Barely a day back, Vishwa Hindu Parishad (VHP) Praveen Togadia too had voiced similar concerns and sought for a uniformed law for population control in the country.

“The ‘ham do hamare do’ slogan of family planning is currently being followed only by the Hindus whereas the other community is openly flouting it. It’s time the centre should come out with a uniformed policy to check population growth or Hindus too will be forced to violate the law,” VHP’s International Working President Togadia told a function in Bihar on Tuesday.

Kejriwal wants only ‘yes men’, alleges Sidhu as he launches his own party