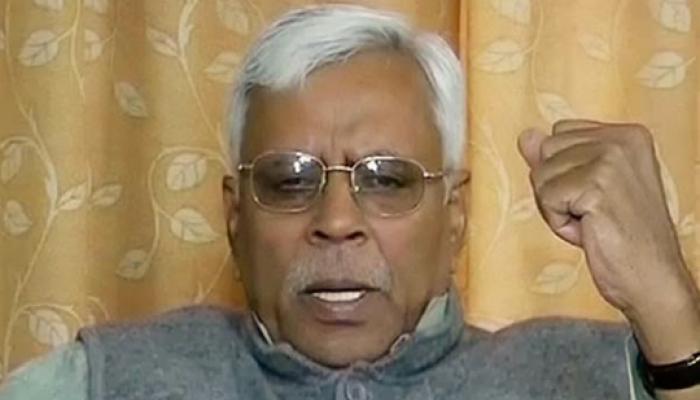 PATNA: RJD vice-president Shivanand Tiwari on Tuesday said he was stepping down from his post as he is feeling tired.

“I am feeling tired now. As such, I wanted to write memoirs but was not getting time. So, I want to take a break to complete this task,” Shivanand Tiwari said in his message to the media.

“However, it’s not that I am fully confident to complete this task yet I will try my best,” Tiwari added. He clarified he was not resigning from the party.

According to an inside story, Tiwari was feeling slightly isolated within the organization right since party president Lalu Prasad was sent to jail in the fodder scam.

Also Read: Scourge of unemployment: Over 500,000 apply for sweepers’ jobs in India

In Prasad’s absence, Prasad’s younger son Tejashwi Prasad had been heading the organization but post severe defeat in the recent LS polls, Tejashwi vanished from the political scene for over two months.

Thereafter, Tiwari had publicly reprimanded Tejashwi for fleeing the scene and suggested him to come out of den if he describes himself as a lion.

This was soon followed by bitter conflict between Prasad’s children, and these all developments apparently discomforted Tiwari.

Also Read: As Lalu cools his heels in jail, BJP goes all out to lure his traditional Yadav voters