FOREST OFFICIALS SAY SHE SUCCUMBED TO SERIOUS WOUNDS AND HUNGER 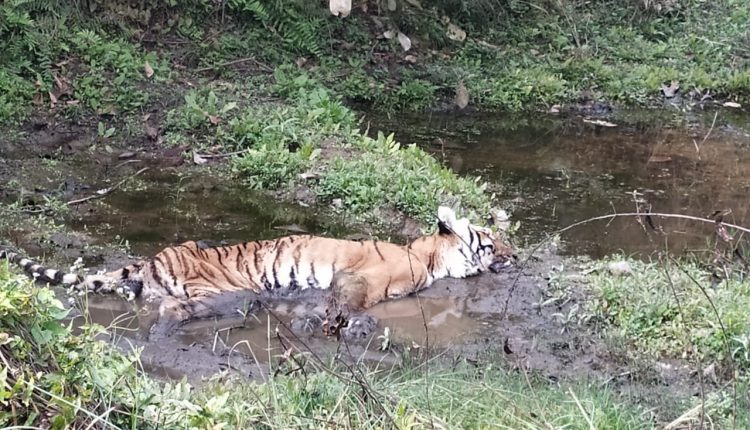 A veterinary doctor who treated the tigress said she succumbed to her wounds and hunger as due to her old age she was not able to prey on animals as a result of which her physical condition had turned critical. She was said to be around 13-14 years old.

Forest officials said the tigress was unable to hunt for animals in the tiger reserve areas due to her old age and hence came out of the reserve too frequently to prey on the domestic animals to survive.

A forest department team had caught the tigress on Thursday after she killed three villagers and attacked around a dozen others over the past one week in Bihar.

The 60-member team of the forest department caught the old, weak-looking tigress after a week of constant efforts.

The tigress was caught from near the Valmiki Tiger Reserve (VTR), the lone tiger reserve in the state from where she had strayed out around a fortnight back in search of foods, forest officials said.

“We tranquilised the tigress when she came out of a sugarcane field to drink water near a water hole. She was hurriedly sent to the Patna zoo for better care and treatment,” VTR director Hem Kant Roy told the media.

According to Roy, the tigress had severe wounds in her head, leg and tail, and worms were seen in her wounds due to infections. She appeared to have gone too weak due to lack of food.

The forest department team had been constantly on the lookout for the tigress since February 13 but she remained out of their reach since she continued shifting her location at quick intervals. Eventually she was tracked through trap cameras and caught finally.

Over the past one week, the tigress had killed three villagers, including a couple, and attacked 10 other villagers in the areas. Apart from this, the tigress also killed 12 domestic animals of the villagers.